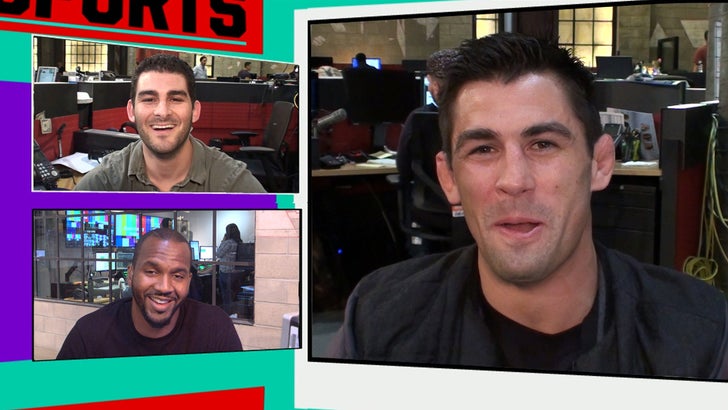 UFC bantamweight champ Dominick Cruz says Urijah Faber's chin looks like a butt -- so, we decided to see if he could seriously tell the difference in a game called, "Butt ... or Urijah Faber's Chin."

Cruz appeared on the "TMZ Sports" TV show (airs Friday night on FS1) -- and played the game ... and did surprisingly well!!

Here's a teaser clip -- but make sure to watch the WHOLE THING on the show tonight ... it's pretty hilarious.

As for Faber, he'll be able to settle the score when the two face off in the Octagon at UFC 199 on June 4th. 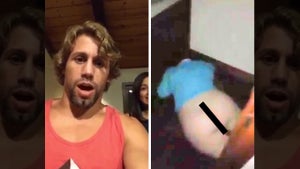 UFC Star Urijah Faber -- A Woman Just Crapped Herself in My House!!! 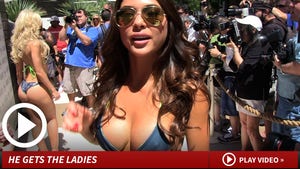