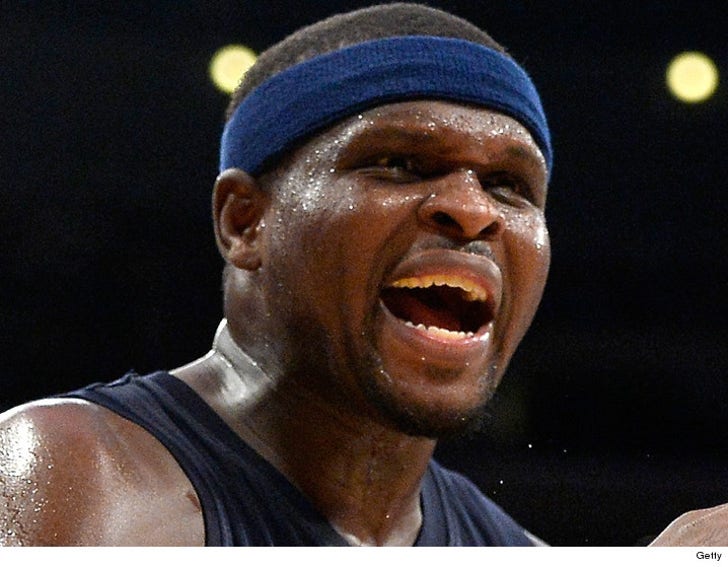 The woman who filed a police report against Zach Randolph accusing him of beating her up is now admitting she MADE UP THE WHOLE THING in a shameful attempt to shake him down for cash.

As we previously reported, a woman filed a police report with the LAPD claiming the Memphis Grizzlies star beat her up and choked her on March 23rd. Officers said they observed several visible injuries on the woman's neck and back when she filed the report on March 24th.

But one week later, officials say the woman changed her story ... and during a police interview on March 31st, and said there WAS an argument but Randolph NEVER touched her.

According to official documents ... cops say the woman told officers, "she was upset and decided to file a fabricated police report and 'just wanted to get his money.'"

When asked about the injuries, the woman said before she filed the initial report on 3/24 she and a friend drove around the corner from the police station and inflicted the injuries to her neck and back themselves ... and then pinned it on Randolph.

Officials say the woman even signed a document admitting she "made up" her story.

The L.A. County District Attorney's office has tossed the case.