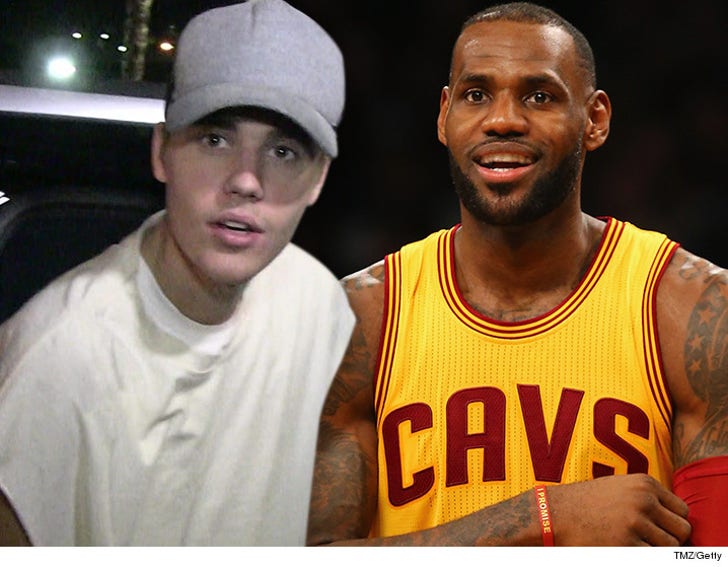 2 huge stars ... 1 arena ... both are booked on the same day -- and now everyone wants to know who's gonna get bumped in Cleveland, Justin Bieber or LeBron James??!?!

Bieber was scheduled to play at the Quicken Loans Arena on Tuesday April 26th at 7:30 PM -- but the NBA just released its playoff schedule which shows the Cavs will have a home game on the same day.

There is a catch ... the NBA game would be a game 5 in a best-of-7 series, so, it's possible the series could be clinched by then and no game would take place.

But still, it's a bad situation for everyone ... especially Bieber, who's been promoting the date for his "Purpose" tour for months.

So, which megastar will have to budge -- stay tuned.