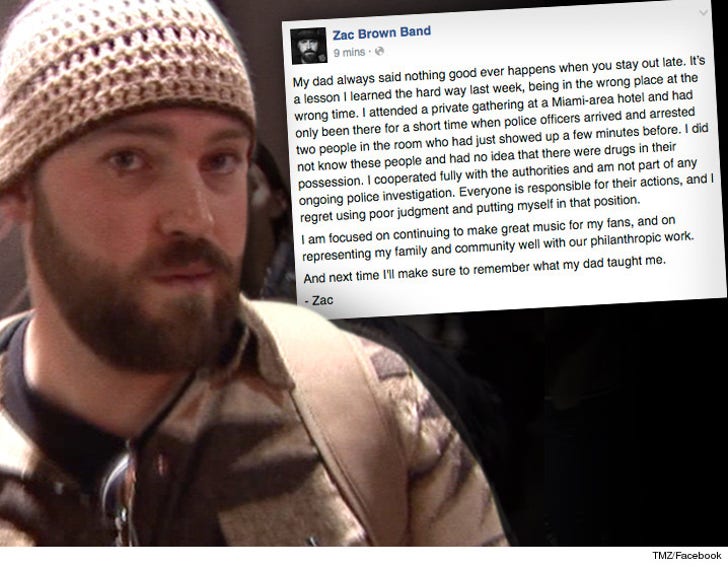 Zac Brown got burned by staying out late and partying, but says he's learned his lesson after getting caught in the middle of a South Florida drug bust.

Zac finally talked about what went down at the Palm Beach Four Seasons a week ago, saying ... "I attended a private gathering at a Miami-area hotel and had only been there for a short time when police officers arrived and arrested two people in the room who had just showed up a few minutes before. I did not know these people and had no idea that there were drugs in their possession."

In his Facebook post, the country music star added, "Everyone is responsible for their actions, and I regret using poor judgment and putting myself in that position."

Zac's post confirmed the story TMZ broke about the drug bust of 4 people he was partying with in the hotel room. Zac did NOT mention the starstruck police officers who asked him for autographs and also lied to protect him.

He also said, "My dad always said nothing good ever happens when you stay out late. It’s a lesson I learned the hard way last week, being in the wrong place at the wrong time." 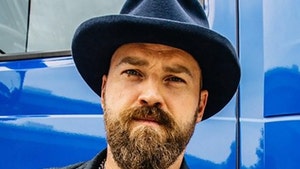 Zac Brown -- I Didn't Know There'd Be Strippers and Blow 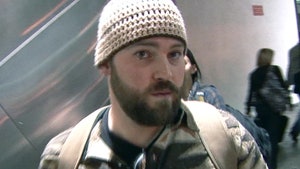