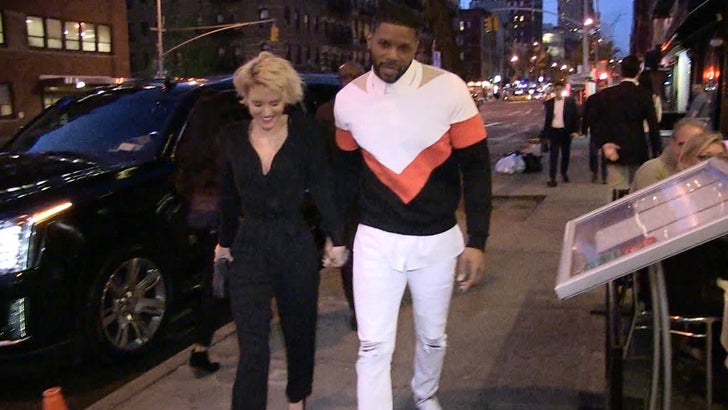 Ex-NFL star Kerry Rhodes is officially showing off ... showing off his super hot fiancee -- "Hall Pass" actress Nicky Whelan -- and her impressive engagement ring on a night out in NYC.

The two -- who announced their future union back in February -- hit up K Rico steakhouse in Manhattan recently where Nicky flashed her bling to the throngs of paps outside. 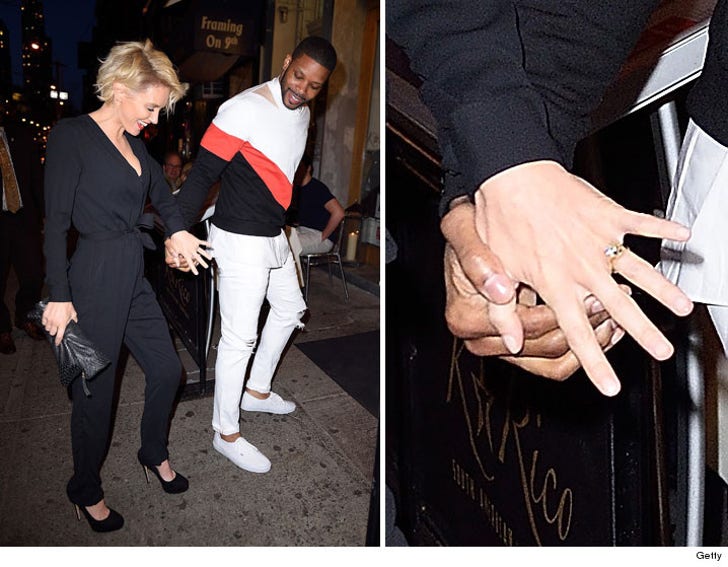 As for the ring ... it's not quite Russell Wilson territory -- meaning you can't see it from space -- but for a guy who's been out of the league for a couple seasons we gotta say ... not bad.