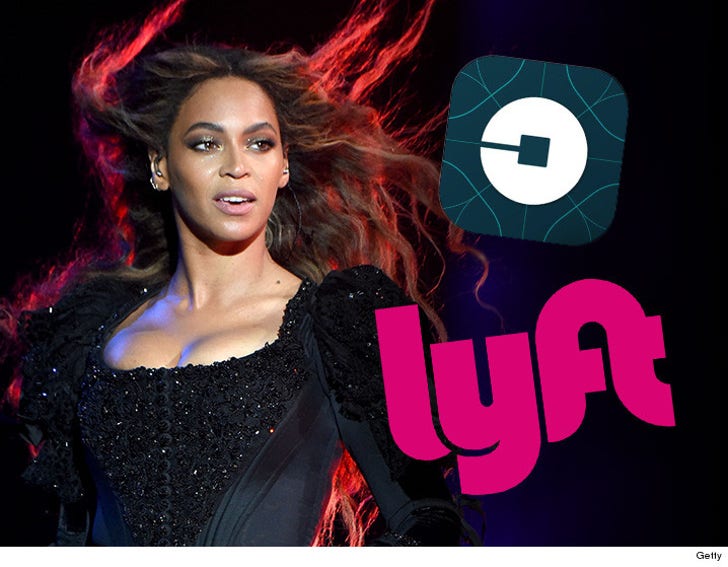 Beyonce's legion of fans got caught in a transportation catastrophe after her L.A. concert because the Uber app went on the fritz ... leaving the door open for Lyft, to save the day.

The Beyhive was scrambling for rides after the Rose Bowl gig, and throwing shade at Uber on social media with postings like -- "the beyonce concert was amazing until I had to wait 2 1/2 hours for an uber. NEVER uber to the rosebowl."

We reached out, but so far Uber isn't saying anything about the service lapse. Its main rival, Lyft, saw a big uptick in biz though that night, telling TMZ ... "We're committed to easing congestion for big events."

And it wasn't just normie fans hitching a ride ... Tyga used Lyft too and gave 'em a shout-out -- in between a Prince sing-along. 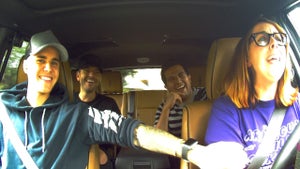 Justin Bieber -- I'll Give You a Lyft to The Party (VIDEO) 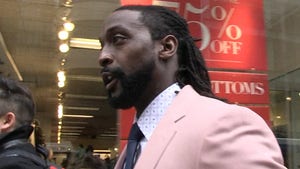 NFL's Peanut Tillman -- I Wanna Be an Uber Driver ... After NFL Career (VIDEO)