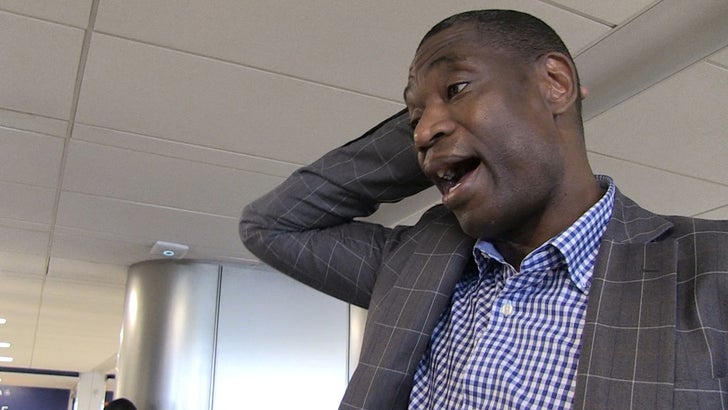 Dikembe Mutombo says reports that he personally gave Bismack Biyombo his blessing to use the signature finger wag is COMPLETELY FALSE ... telling TMZ Sports, "Him and I need to talk."

Biyombo has used the finger wag a couple times during the NBA playoffs -- most recently busting it out Monday night after a block during the Raptors victory over the Cleveland Cavs.

Mutombo says he's seen reports that he had a conversation with Bismack in which he formally bestowed his finger-wagging blessing ... but insists the reports are simply not true.

"I don’t know when did that conversation took place," Mutombo said ... "Him and I need to talk this summer.”

"He claim in the newspaper and everywhere he said I gave it to him. I said, Did I gave him? Was it family? Cosign? But you know what, he’s a young man, man, I let him enjoy the fame. He’s making me famous!”

“I will see him in the Congo this summer so him and I will talk back home with nobody around us.” 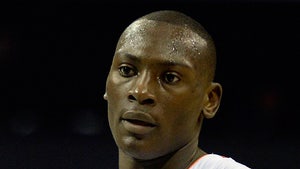 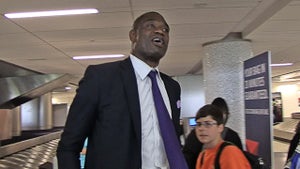