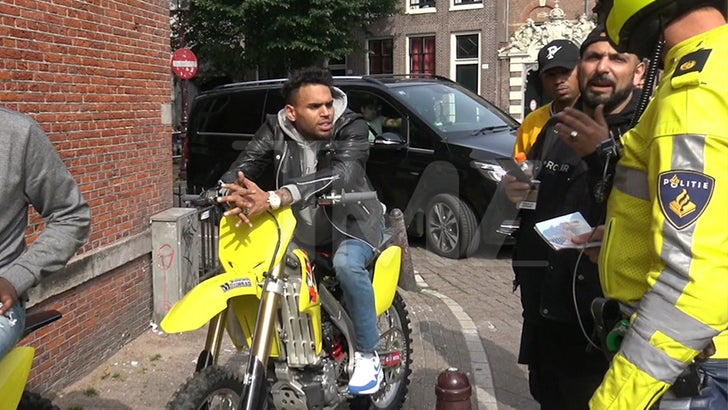 Chris Brown was high as a kite when he was stopped by cops in Amsterdam for riding a dirt bike without plates, and somehow he was able to charm his way out of some super serious charges.

The police pulled Chris and his crew over, clearly not knowing he was famous. When Brown's posse dropped the "do-you-know-who-he-is" card, the main cop's knowledge was only as deep as Elvis.

Chris was ticketed and then taken to the station to pay the fine. 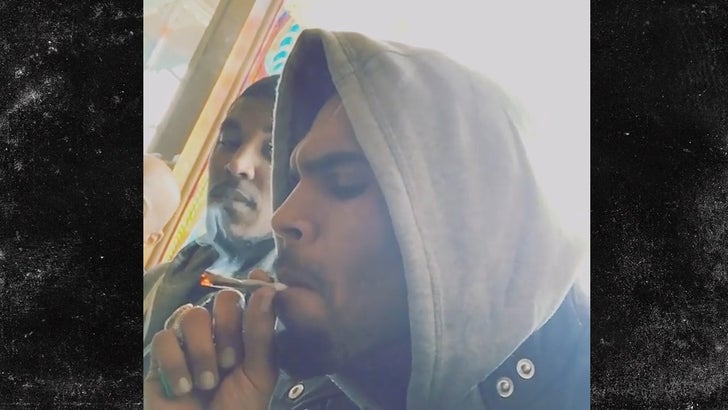 As for the super serious charge, Chris clearly could have been busted for DUI, because just minutes before hopping on the bike he and his buddies smoked out a coffee shop. 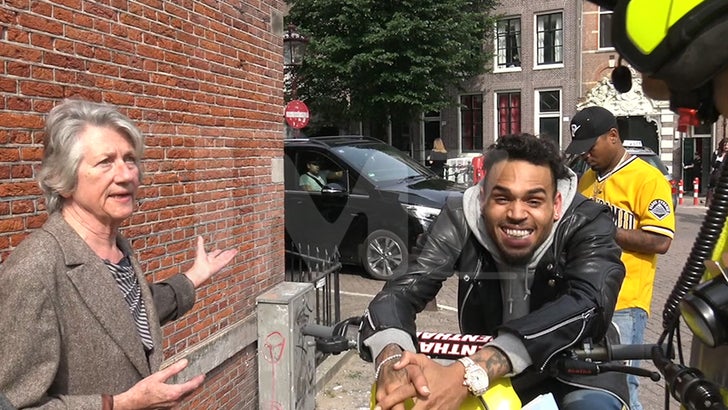 We don't know how long Chris was riding before he was stopped, but check out his face as a local woman bitched to cops about his riding skills.