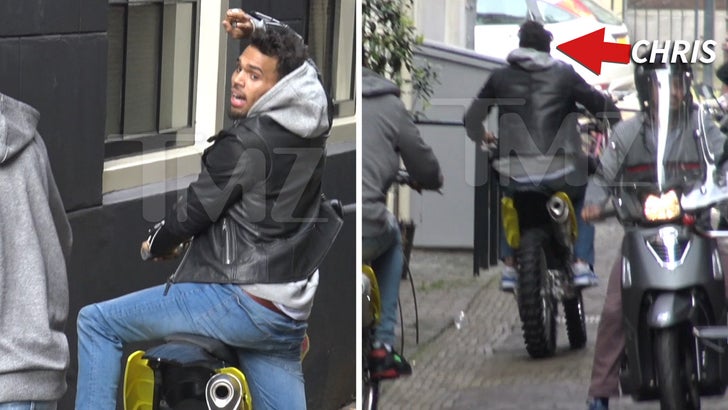 Chris Brown was hauled into a police station in Amsterdam for riding a dirt bike without a helmet and tags.

Amsterdam police tell TMZ the singer was pulled over Friday in the Red Light District after cops say they noticed he didn't have a license plate for the bike. That's a big no-no. We're told cops had Chris follow behind them to a station where he paid his fine. 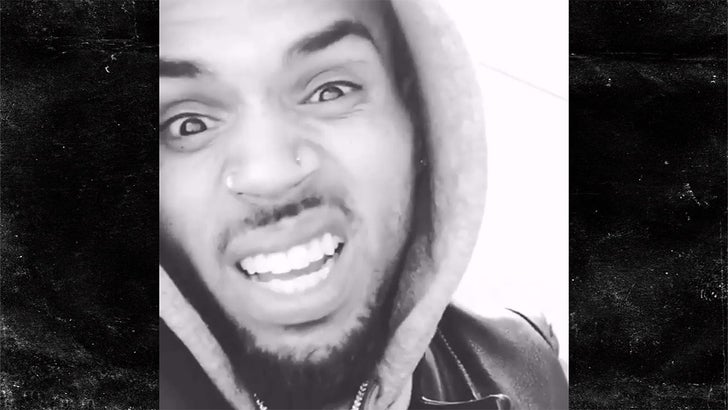 Chris posted a vid while he was inside the station -- 'fessing up, but explaining it wasn't all bad. Actually, compared to his most recent run-in with cops ... he seems downright mellow. 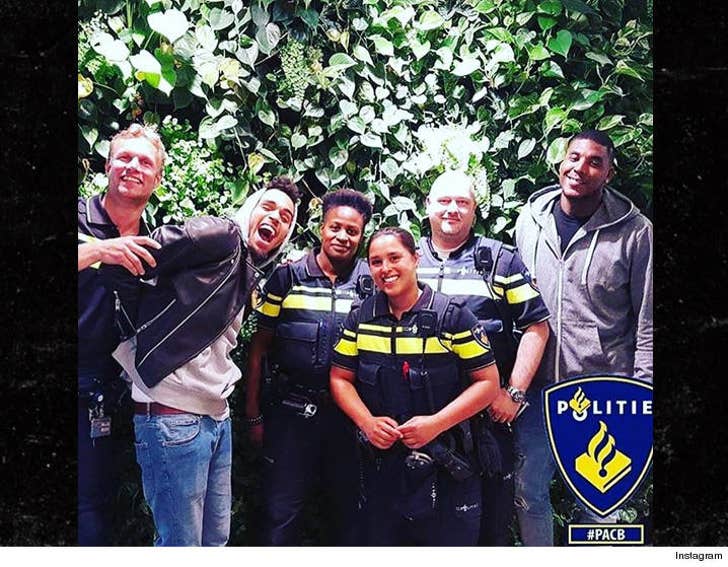 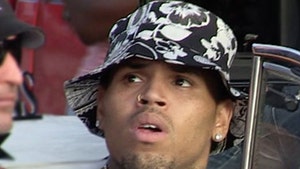 Chris Brown Sued -- For Busting a Cap at Concert