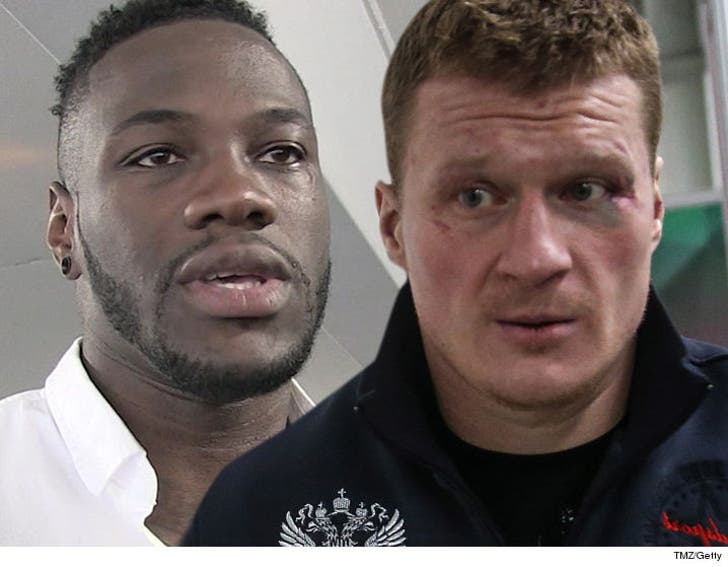 Heavyweight boxing champ Deontay Wilder is suing the man he was SUPPOSED to fight back in May -- claiming Alexander Povetkin's positive doping test cost him MILLIONS ... and he wants his money.

In a lawsuit obtained by TMZ Sports, Wilder claims he was guaranteed 70% of the $7.15 MILLION purse for the May 21st fight (math translation: $5 million).

Problem is ... Povetkin tested positive for the banned substance meldonium (the same stuff Maria Sharapova was using) and the fight was called off 6 days before the bout.

Wilder says he was suspicious that Povetkin was doping since he had traveled to Spain in the months before the fight ... and "[Spain is] notorious as an epicenter of doping."

Sources close to Wilder tell the the champ was PIIIIIIISSSSED in the days after the fight was cancelled -- and now we know why ... a $5 million loss would probably ruin your week too. 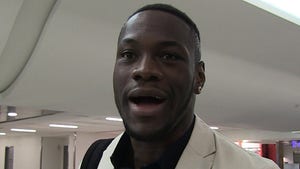 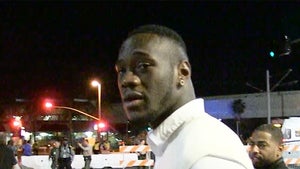