Antivirus software legend John McAfee should be counting his piles of money and settling into retirement, but no -- he says he's looking for face paint and a park to pester people ... as a mime.

We've seen the hilarious email McAfee fired off to L.A. publicist Domenick Nati -- who's looking to rep McAfee. He says at the age of 70, he's "finally come to terms with the full nature of my ambitions. I have always wanted to become a mime."

McAfee wisely asked Nati if he has experience working with mimes, and adds, "Specifically, have you advanced their careers?"

We reached out to McAfee and, while there was no "LOL" in his original email, he says he was kidding ... he's actually considering becoming a puppeteer.

We're guessing this is a joke since John's already juggling a lot. Besides his alleged mime and puppeteer ambitions ... the multimillionaire inventor of McAfee AntiVirus software has been trying to get the Libertarian presidential nod.

Never hurts to have a plan B or C. 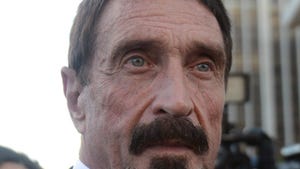 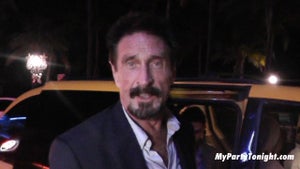