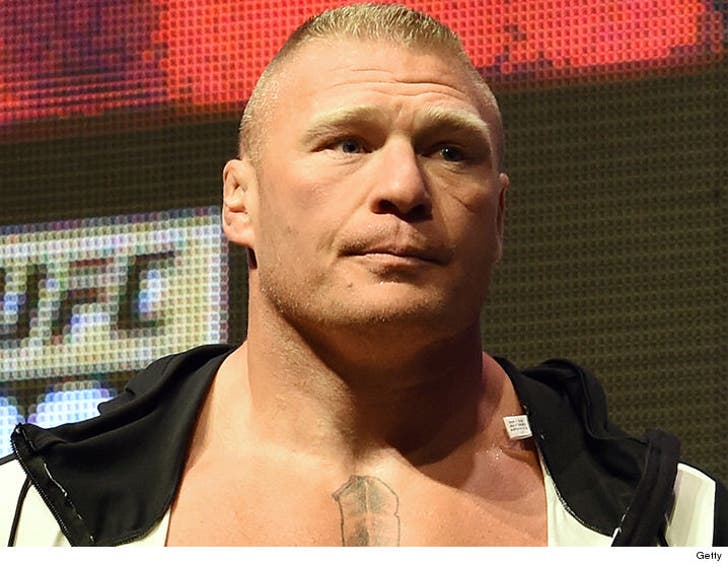 Brock Lesnar may have caught a break -- because despite the fact he allegedly tested dirty TWICE, he'll only face punishment for one violation ... sources familiar with the situation tell TMZ Sports.

It all has to do with the dates Brock's samples were collected ... and when he was notified about the results.

In Brock's case -- he was tested on June 28th and July 9th. But he wasn't notified that his June test came back dirty until July 14th ... 5 days after his second test.

Our sources tell us ... because he wasn't notified until after the second sample was collected, he will only be punished for one violation.

The punishment for a first time banned substance user can range from a warning to a 2 year suspension ... though it can be raised to 4 years if the infraction is determined to be an "aggravating circumstance."

A second violation would carry even harsher penalties ... but Brock won't have to worry about that.