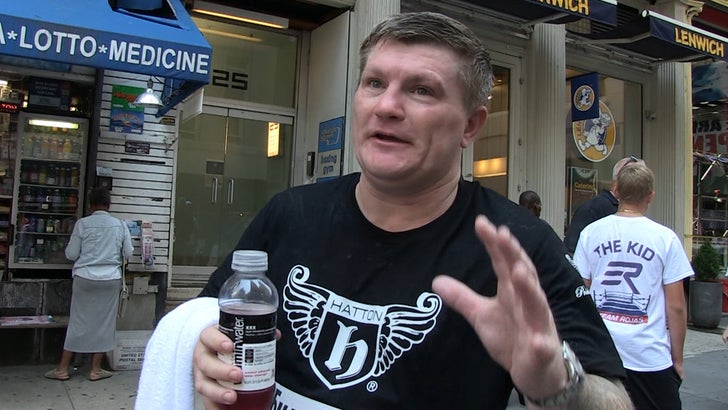 Boxing legend Ricky Hatton says he has a lot in common with Conor McGregor -- and he's even got some advice for the UFC superstar.

Hatton was a damn good boxer back in the day -- racking up a 43-0 record before finally losing to Floyd Mayweather in 2007.

We asked how he felt about comparisons between him and Conor over the years -- and Hatton seems pretty flattered by it ... explaining why he thinks they're two of a kind.

BTW, Ricky has now transitioned into trainer -- and is getting Sergey Rabchenko ready for his big Showtime fight Saturday night at Barclays Center.