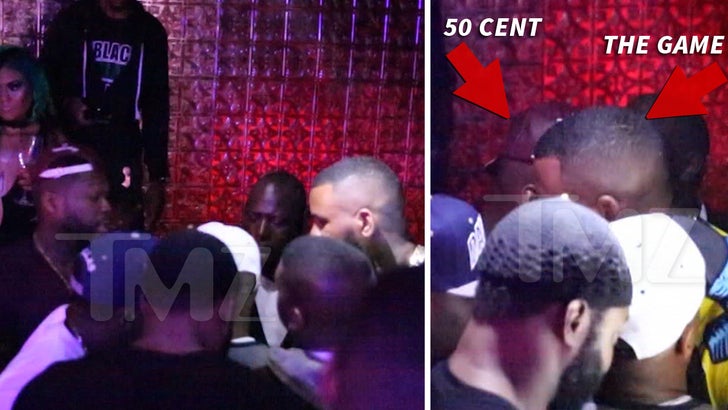 It's official now ... you know 50 Cent and The Game's feud is really squashed when they come together over strippers.

The longtime rivals were kicking it Monday night at Ace of Diamonds in L.A. -- and they were all smiles in the V.I.P.

50 made it rain, and Game grabbed the mic to let everyone know the rap giants are on to some new s***. 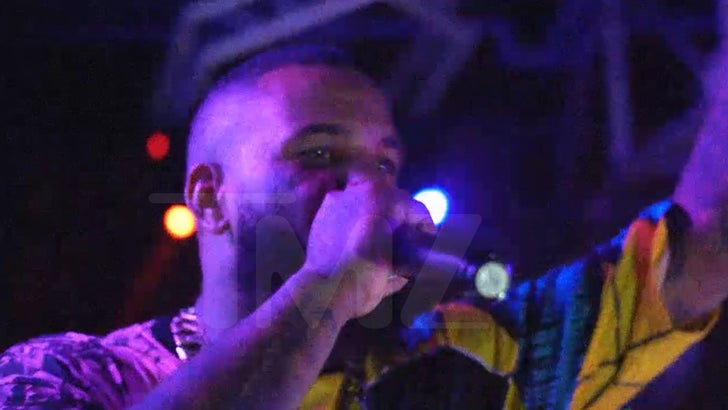 Remember, we kinda knew they were working things out earlier this year when we saw 'em at the same club in Hollywood.

And check out Fiddy leaving the club. Even though he was tossing cash like crazy in the club ... homie still left with major stacks! 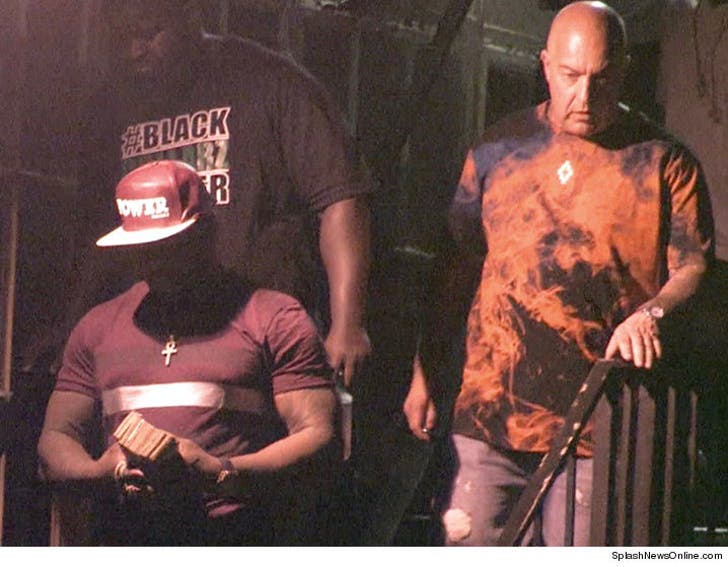 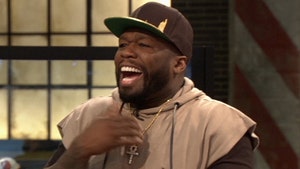 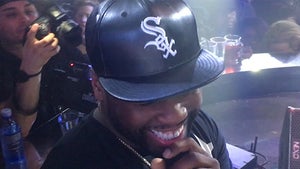