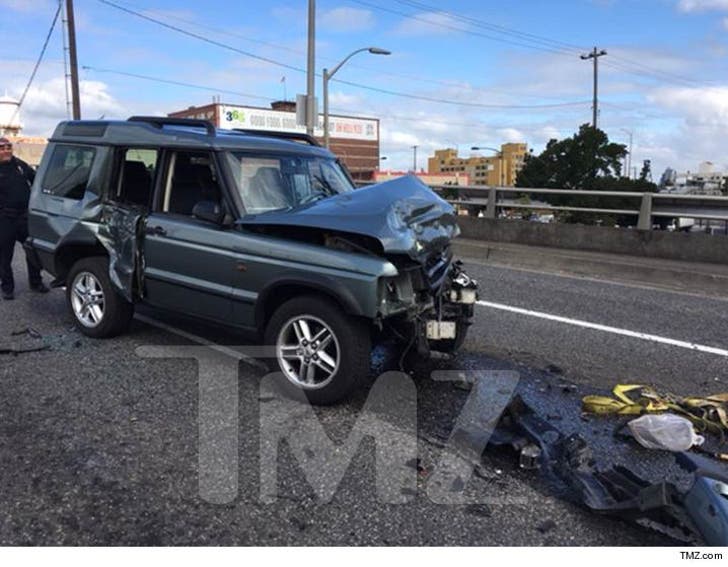 Modest Mouse lead singer Isaac Brock admits falling asleep while driving -- which caused a chain reaction wreck -- and only a stroke of luck separated him from Caitlyn Jenner's fate.

Brock dozed off Wednesday while driving in Portland, OR ... and smashed into the back of a city parks vehicle, which hit a 3rd, which hit a 4th and a 5th. From the the looks of it Brock's Land Rover got the worst of the pileup.

He told TMZ ... "I feel asleep at the wheel, nodded off and next thing I knew there was a car." He says he suffered a bruised sternum from the airbag, but says it definitely saved his life.

One other driver was hospitalized with a concussion. Police checked Brock for impairment, but he passed. He was only cited for careless driving.

It's interesting, Jenner was eventually tagged with inattentive driving for the PCH wreck last year, but due to there being a fatality ... she was initially investigated for vehicular manslaughter. The D.A. ended up rejecting the case. 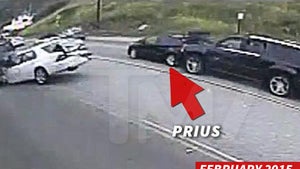