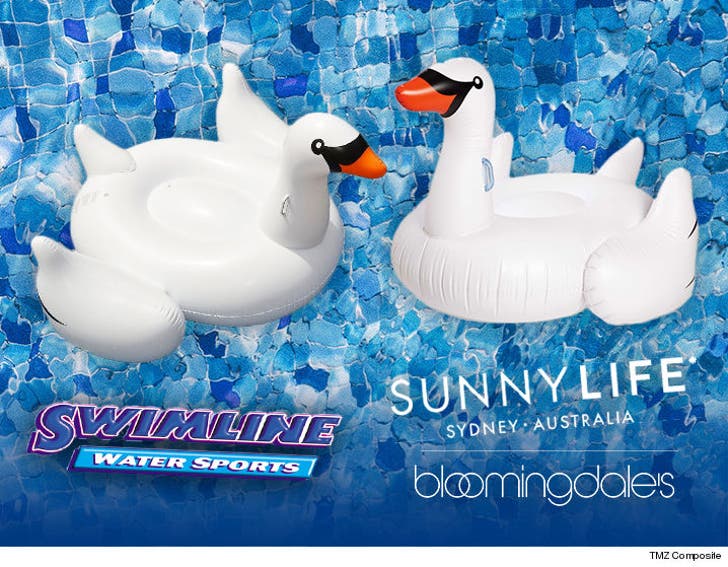 The company that made floating around on huge birds a thing is calling fowl on Bloomingdale's for teaming up with a rival and ripping off their prized product ... its Giant Swan.

International Leisure Products -- creators of the inflatable Giant Swan seen in pools across America -- is suing Australian-based company Sunnylife for allegedly making and selling knockoffs of its bird ... according to court docs obtained by TMZ.

ILP claims Sunnylife is stealing their product's image through its own swan floatie and making stacks off it ... they also say Bloomingdale's is helping by housing the "Really Big Inflatable Swan" in one of its New York stores.

We have to say ... the similarity is pretty damning.

Now ILP wants the copycat pool toy yanked from shelves and even wants Sunnylife's customers to return any fake swans they bought ... oh, and they want money too.

Just goes to show ... there can only be one swan in the retail pond. 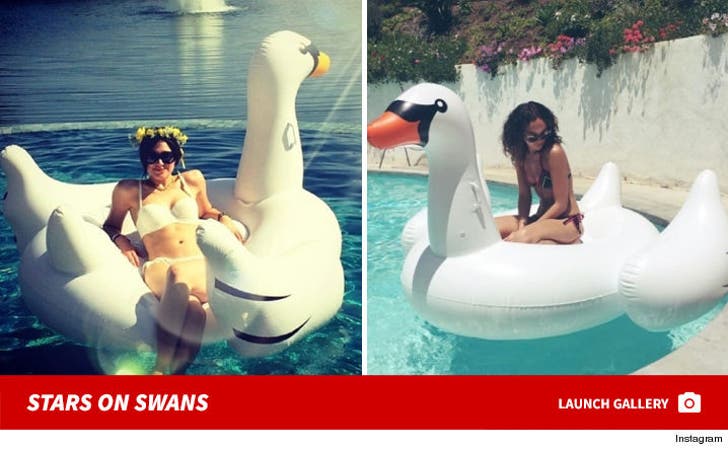 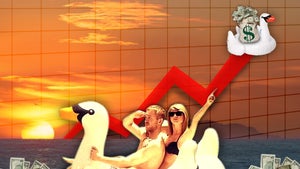 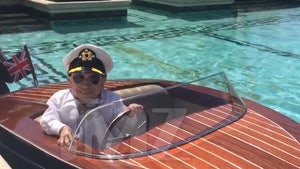