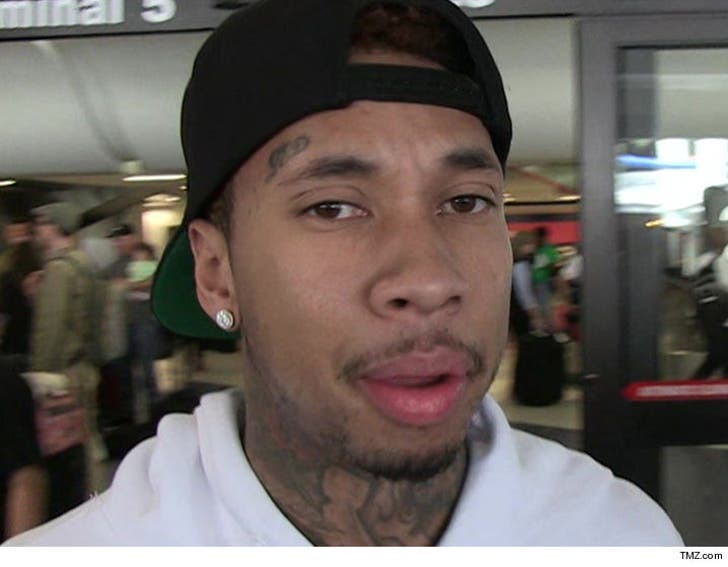 Tyga better not run into cops today, because if he does they'll arrest him.

Kylie's BF was a no-show in court Tuesday, where he was supposed to appear so lawyers for his former landlord could grill him about his finances. The landlord got a $480,000 judgment against the rapper who fell way behind on rent and left the Malibu home in shambles. Tyga hasn't paid the judgment, so the landlord wants to know where Tyga's hiding his assets.

Attorneys for the landlord were in court today, explaining the landlord was upset over stories he saw that Tyga bought Kylie a $200,000 car for her birthday, which he claims is a fraudulent transfer of assets that should go to satisfy the judgment.

The judge issued a bench warrant, which means Tyga could go to jail.

The rapper's finances have been curious for a long time. He's had cars repoed, he's been evicted, but he still lives like a king. He recently rented a mansion for $46k a month.