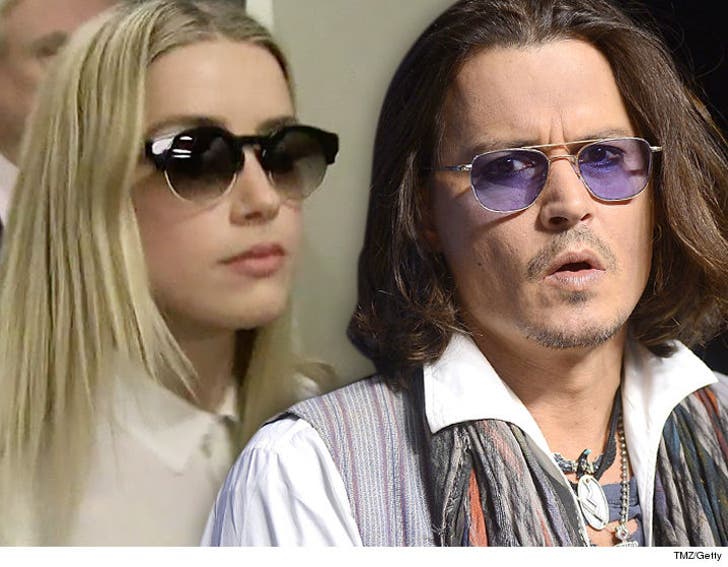 Amber Heard has just fired back at Johnny Depp, saying if he really cares about donating Amber's divorce settlement he'll ante up $14 million, not $7 mil ... and in fact she's insisting on that.

Amber's team tells TMZ, Johnny is not being up-front about his latest move ... giving Children's Hospital of L.A. and the ACLU the $7 million earmarked for Amber.

Amber said last week she would donate the settlement money to the 2 charities, but her people tell us if Johnny sends the money directly to the 2 organizations he's not really paying $7 mil, because he gets a charitable tax deduction.

And we're told Amber's position is that the money is not Johnny's to give away.

Amber's people tell TMZ, "If Johnny wishes to change the settlement agreement, we must insist that he honor the full amount by donating $14M to charity, which after accounting for his tax deduction, is equal to his $7M payment obligation to Amber."

The team goes on ... "We would also insist that the full amount be paid immediately and not drawn out over many years."

They blast Johnny's team, saying, "Anything less would be a transparent attempt by Johnny's counsel, Laura Wasser and Patti Glaser, to reduce their client's true payment by half under the guise of newfound concern for charities that he has never previously supported."

Contrary to that ... Johnny's team tells us he was honored by the Children's Hospital of L.A. in 2006 for his work with children worldwide.