9:15 AM PT -- Cops tell us they got a couple of names twisted ... the jewelry actually belonged to Future the Prince, Drake's DJ on the tour ... not Future.

Drake went ballistic early Wednesday morning after learning one of his tour buses was targeted by thieves, who made off with 2 to 3 million dollars in bling.

Drake and Future were performing at the Talking Stick Resort Arena in Phoenix Tuesday night when a thief or thieves made it onto a bus shared by the 2 rappers. They took a briefcase that contained millions of dollars in jewelry.

We're told the jewelry was Future's, but the video is clear -- Drake was super upset when he learned about the heist. 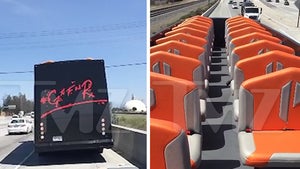 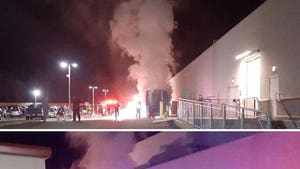