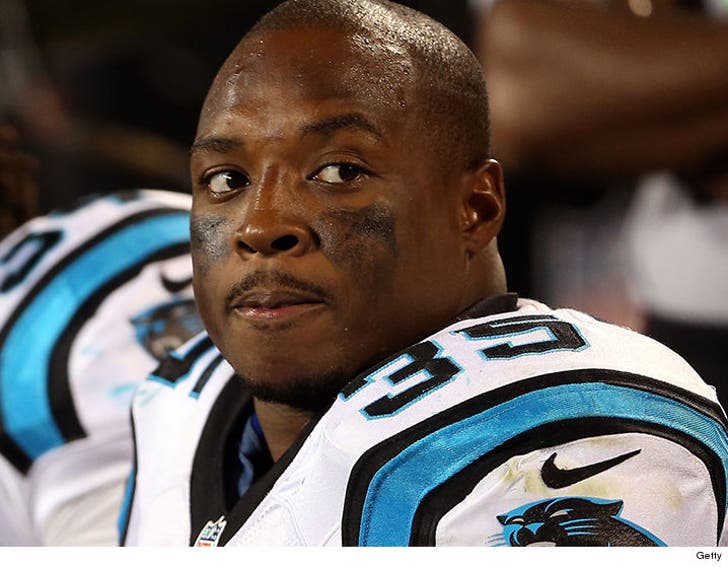 8:00 AM PT -- TMZ Sports spoke with Tolbert who says he tried to pay with a check, but the shop said they would only take cash.

As for the dispute, Tolbert says he NEVER threatened anybody -- but says he firmly believes he was intentionally overcharged by more than $1,000 because he's an NFL player.

Tolbert says his car still isn't running correctly and he'll be taking it to another shop for further repairs.

One last thing ... Tolbert says the shop is slandering him -- and if they don't stop, he'll consider taking legal action.

Here's a jerk move -- Carolina Panthers fullback Mike Tolbert paid an auto shop $3,900 IN COINS after feuding with the owner over the price of a new motor.

It all started when Tolbert went to Motion Lab Tuning to get some work done -- but MT says the place tried to rake him over the coals because "I'm a millionaire." He posted on Instagram calling the owner a crook.

But the shop has now fired back in a Facebook post (likely written by the owner) -- claiming Mike was the real problem ... demanding free work because of his NFL status.

The shop says the dispute got so intense, Mike and a friend threatened him -- so he called police and the Charlotte-Mecklenburg PD banned Tolbert from the property.

However, that wasn't the end of the war ... the owner claims, "In a passive aggressive manner, [Tolbert] thought he would get the last laugh by paying in coins."

"Pretty dumb really. All $3,900 in coins were easily identifiable as they came from a bank in boxes and perfectly counted out. I will say this, those coins will be taken in the boxes they came in and will be taken to a teller at BOA for deposit."

The worst part of the story -- the shop owner says, " I also have to break it to my son who is a fan of Mike Tolbert that he is a real scumbag that doesn't want to pay his bills." 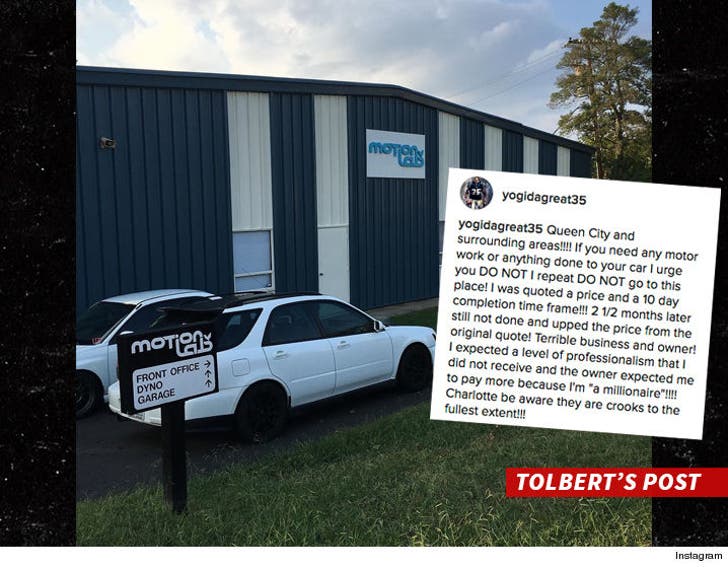 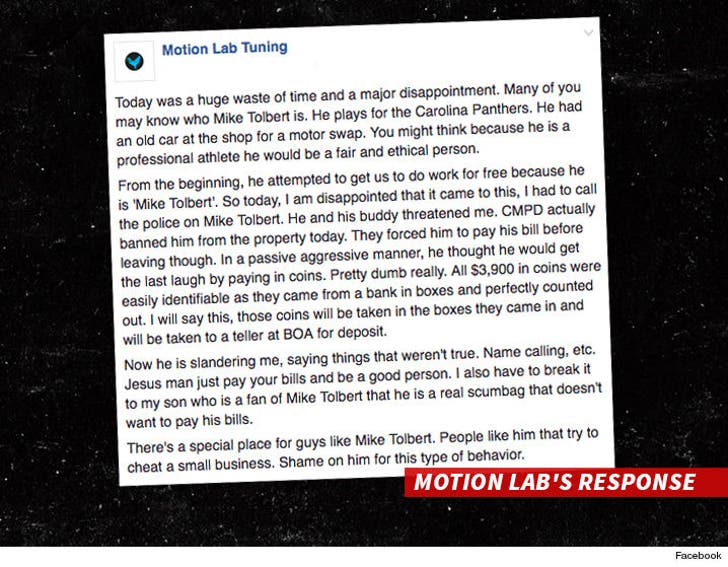 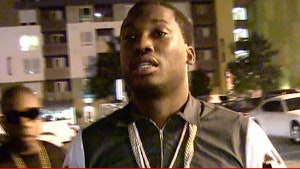 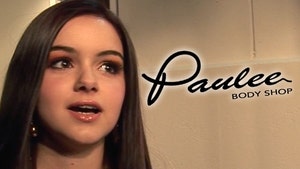 Ariel Winter -- At War with Body Shop Over Benz