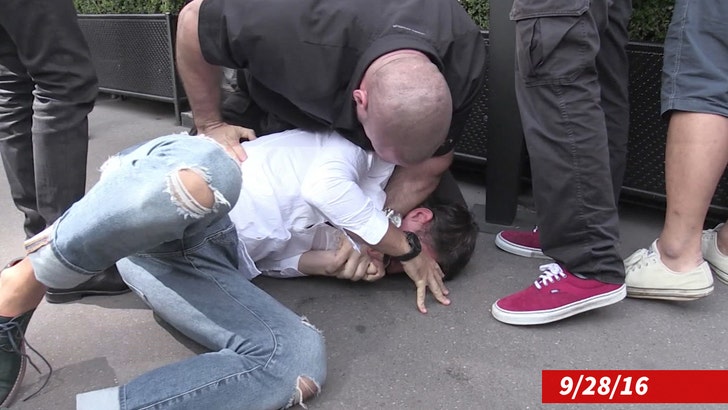 Kim Kardashian's bodyguard says cops could've busted him if he roughed up the guy who kissed Kim's butt ... and he thinks that's BS.

Pascal Duvier -- who heads Kim's security detail -- addressed the assault, saying under the law he could have faced assault and battery charges for beating the crap out of Vitalii Sediuk ... like many people thought he would. Seriously, have you seen the size of Pascal?

Check out the clip -- he held down Sediuk for a few seconds, but then let him go.

Pascal says he's only allowed to defend himself and his client during an attack ... legally speaking. Sediuk fled the scene, but as we reported ... Kim plans to press charges and get a restraining order ﻿against him. 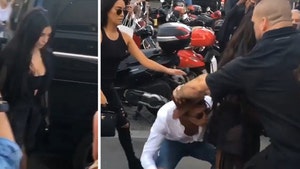