Moments after Paris cops responded to the Kim Kardashian robbery scene, someone recorded video inside her apartment and whoever shot the footage is in big trouble ... TMZ has learned.

The video shows Kim on a couch, wrapped in blanket while FaceTiming with someone. Police are combing the luxury pad for evidence ... apparently unaware that someone in the apartment is shooting video, which would be a major violation of French privacy laws.

Our sources tell us Kim's legal team is now working with French authorities to determine who was behind the camera. The issue is, in France it is illegal to film someone in a private setting without their consent. We're told police believe this video fits that description.

The video was posted on websites this week, but Kim's legal team shut it down immediately by sternly reminding the outlets the footage is illegal.

If Kim or others who were present can finger the camera operator, and cops locate the culprit ... he or she could face a year in prison and be fined the equivalent of about $50k. 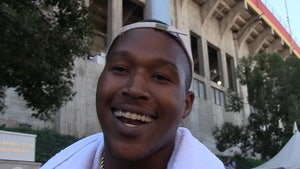