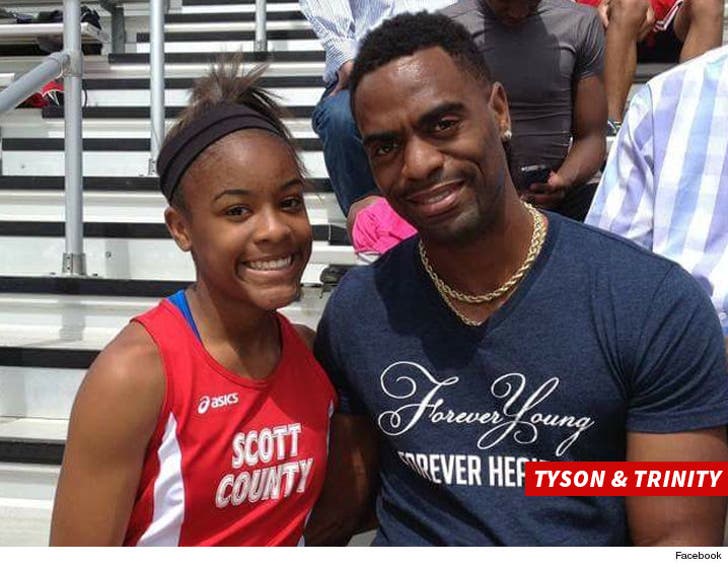 According to police ... Trinity was shot in the neck during a shootout between 2 cars in a Lexington restaurant parking lot. Police say she was not in either car, and was taken to a nearby hospital where she was pronounced dead within an hour.

Tyson is reportedly flying to Kentucky right now. He told a local news station ... "She didn't make it. She was just here last week for fall break ... I have no idea what happened."

Police have located 1 of the vehicles involved and detained 2 persons of interest who were at the scene for questioning. No arrests have been made, though ... and they're still looking for the other vehicle.

Trinity was a high school track athlete herself.