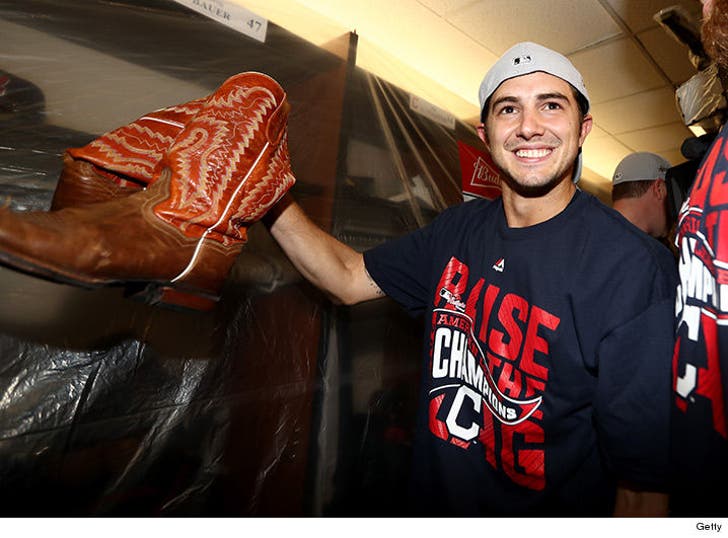 Cleveland's first order of business after winning the ALCS??? TROLL THE BLUE JAYS!!!

After they punched their ticket to the World Series, Indians pitcher Ryan Merritt stuck it to Blue Jays outfielder Jose Bautista who warned that he'd be "shaking in his boots" going into Game 5.

After Merritt BLANKED the Jays, he grabbed a pair of cowboy boots during the victory celebration and showed 'em off ... who's shaking now????

As for the rest of the team, they raged with booze -- it was fun.

Check out the pics. 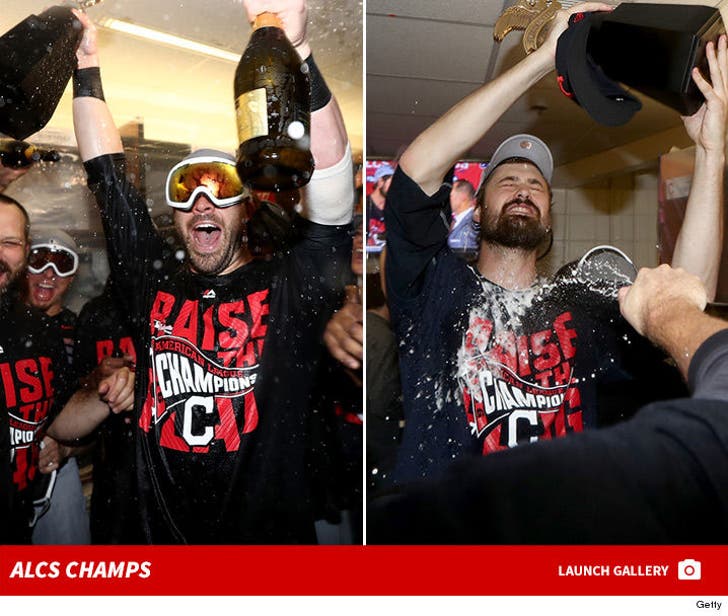 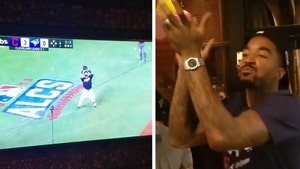 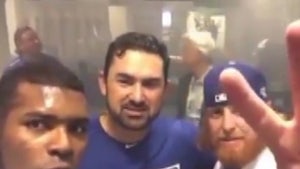