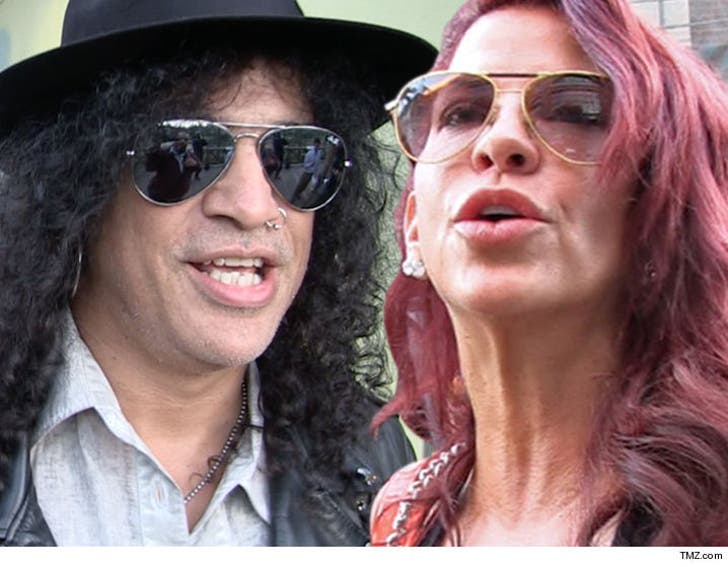 Slash is playing hardball in his divorce ... we've learned he wants a judge to say he was NEVER married to Perla with the endgame of shutting down her request for a cut of his massive fortune, but he's got a major uphill battle on his hands.

Turns out ... when Perla married Slash in 2001, she was still married to another dude, so Slash thinks she's a bigamist who had no right to share in his earnings during their 13-year marriage.

Here's what we know. Perla married a guy named Carlos Marty back in '93, but it only lasted a month. She got divorced, or so she thought. Turns out, the necessary forms for a final judgment were never properly filed.

Perla assumed she was a single lady when she tied the knot with Slash, and he assumed the same. Years later, the couple tried to get dual citizenship for their son, Cash, and during a document search they discovered she was not properly divorced.

Perla claims the couple then hired a real lawyer in 2009 and he got a judge to finalize her divorce from Carlos and hizzoner made it retroactive to 1994 ... something a judge has the power to do under these circumstances.

But now things aren't so nice, and Slash contends Perla's divorce was never final so he was NEVER married to her. As such, he wants to slam the door shut on her claim to half the earnings he accumulated during the marriage ... which totals in the 10s of millions of dollars.

We did some checking, and there's a law about "putative spouses" ... that means if 2 people have a reasonable belief they're married but there's some irregularity in the documents, a judge can still treat them as married and divide their earnings so each still gets half. 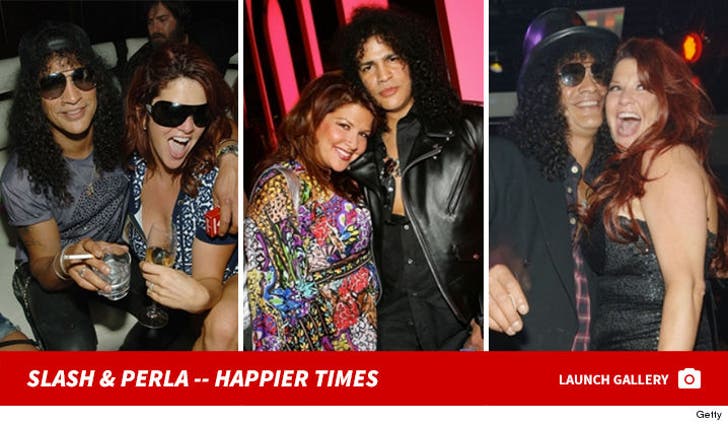 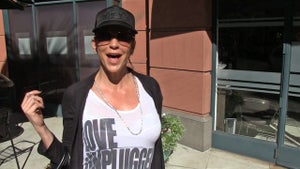 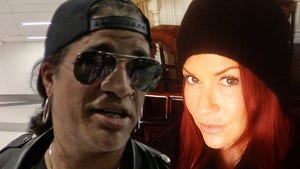