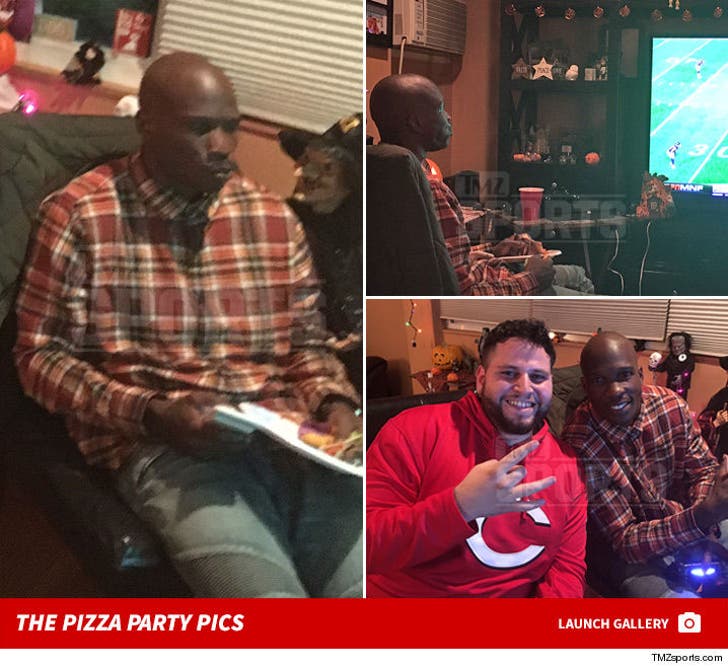 Chad Johnson's quest to dominate the video game world in FIFA continued Monday night ... except for one thing ... he kinda got dominated by a random dude in Queens.

Ochocinco happened to be in NY last night -- and sent out a challenge to his followers on Twitter ... that he would make a house call and beat your ass in person (he does this all the time).

23-year-old Jimmy Russo accepted the challenge -- so Chad showed up to his home in Queens ... where they battled though TEN GAMES.

Still, a decent night for Chad ... Jimmy bought pizza and his mom treated the guys to some Dunkin' Donuts. Good times.

You can check out the photos ... while Chad gets in the lab and practices. 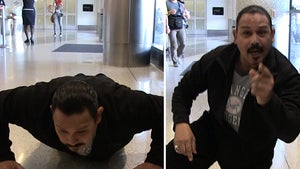 Emilio Rivera -- The White Zone is for Push Up Challenge (VIDEO) 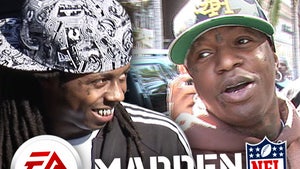