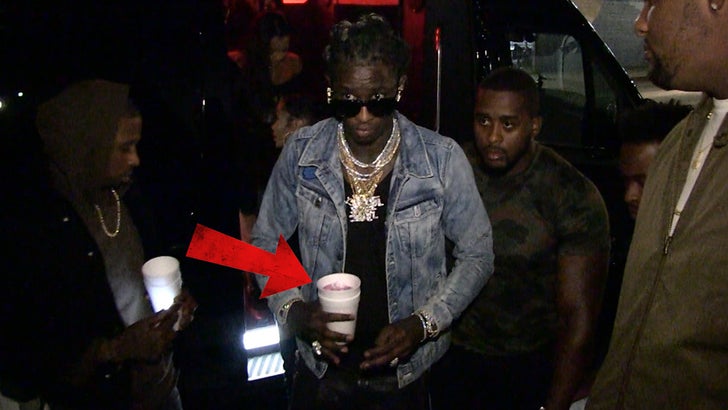 Young Thug carried a cup into a Hollywood nightclub filled almost to the brim with a purple liquid -- we're going out on a limb and saying it's probably sizzurp -- and get this ... it's not against the law.

Our photog got the rapper at Le Jardin gripping the Styrofoam. One of his friends was close behind, clutching a 2 liter of Fanta. Connect the dots ... it's not hard.

The California Alcoholic Beverage Control agency tells us they have no dog in the fight. If the club wants to let Thug in, sizzurp and all, it's of no concern to them. As far as we know there's no liquor in the cup, and the ABC doesn't regulate codeine. Fact is ... even if there's liquor in the cup, the ABC has no problem, as long as Thug's over 21.

That said, if YT doesn't have an Rx for codeine, it becomes a police issue, but cops were nowhere in sight. 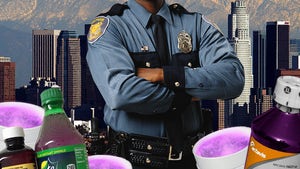