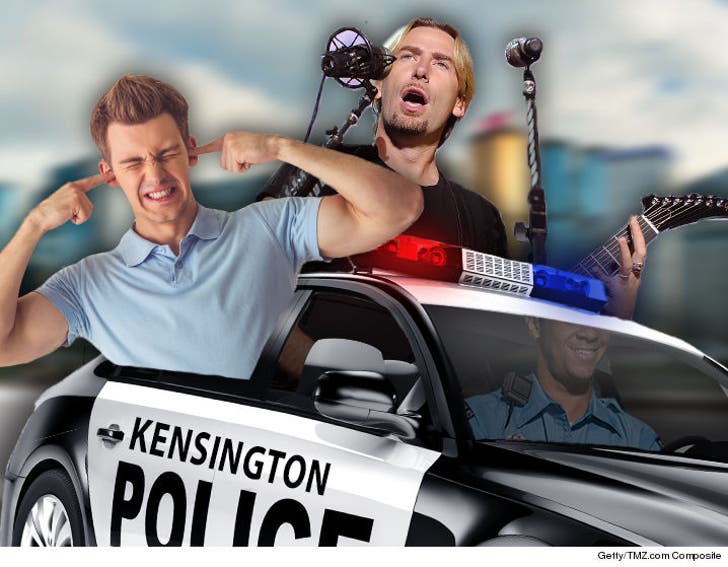 Nickelback isn't laughing about Canadian cops joking they'll torture drunk drivers by playing the band's music in patrol cars -- in fact, Nickelback got pissed and shut down the prank.

A spokesperson for Kensington Police tells TMZ a Nickelback rep demanded they take down the Facebook post that went viral this week. The post warned holiday season DUI offenders they'd get hit with fines, criminal charges, driving suspension and "the office's copy of Nickelback in the cruiser on the way to jail."

Funny. To everyone but Nickelback. Cops say the rep was polite, but made it clear Chad Kroeger and co. didn't like being the butt of the joke. Apparently, they're not used to it yet.

Kensington cops say they never meant to embarrass the band, they were just looking for an effective way to get the anti-DUI message to the public. Mission accomplished. 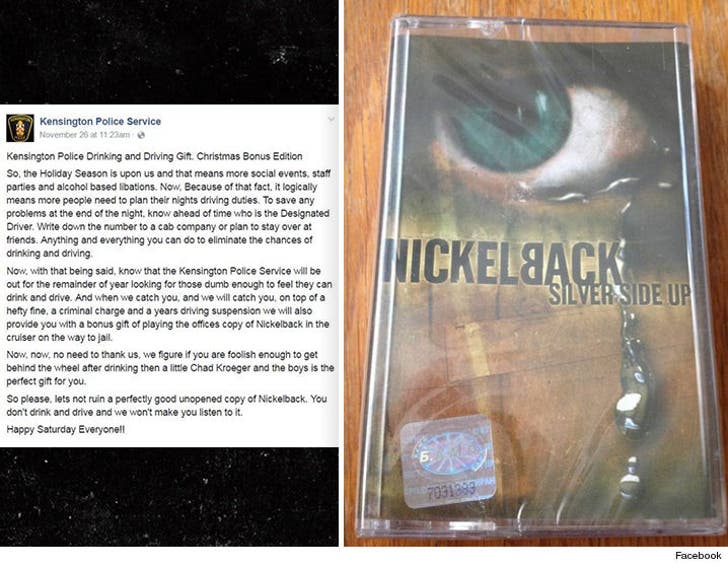 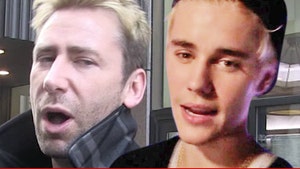 Nickelback's Chad Kroeger -- This is How Justin Bieber Reminds Me ... OF EMBARRASSMENT!! 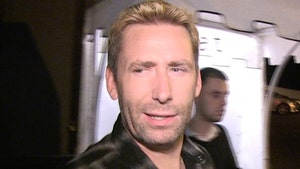