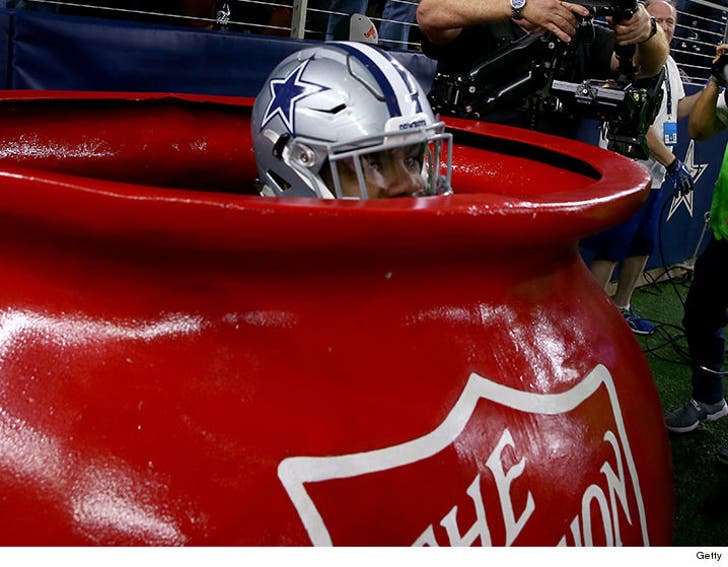 Ezekiel Elliott's kettle stunt has been VERY good for the Salvation Army -- resulting in a 61% increase in giving since the Cowboys star's TD celebration ... TMZ Sports has learned.

We spoke with Salvation Army spokesperson Lt. Colonel Ron Busroe who says the entire organization was pleasantly surprised by Zeke's stunt -- everyone at the office has been talking about it nonstop!

As for the donation boom, Lt. Colonel Busroe says, "From 8:10pm to 10:30am this morning there was a 61% increase in online giving from the same time frame last Sunday night."

In fact, we're told a bunch of people have been making $21 donations -- a clear tip of the cap to Elliott.

As for Elliott's pledge to give to the organization -- Busroe says, "We’re very thankful that he’s going to donate." 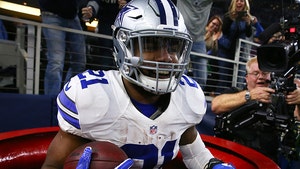 Ezekiel Elliott Donating to Salvation Army ... I Don't Need a Fine to Give! 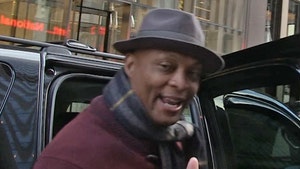