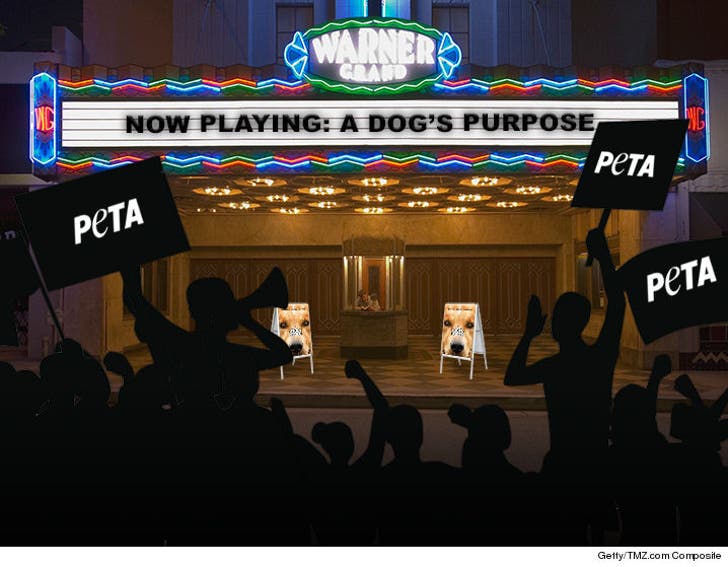 People who want to see "A Dog's Purpose" will be greeted by animal rights activists and taunted if they buy tickets and enter the theater.

PETA organizers tell TMZ they have plans to hit theaters across the country ... protesting the treatment of the animal actors in the flick. As you know, the controversy erupted after TMZ posted video of a German Shepherd in distress when a handler tried to pull the canine into the water.

The studio says the dog was treated humanely throughout the filming and the 40 second incident was harmless ... the dog was willing to go in the water but got freaked out because producers changed the point of entry.

We're told the picketers will be reminiscent of striking union workers, protesting scabs who attempt to cross the picket line.

The studio already canceled the Hollywood premiere and press junkets for fear of violence by animal rights groups.

Huge Fine and Jail Possible For 'A Dog's Purpose' Crew

Pets You Might Want to Rethink PETA Movies Exclusive