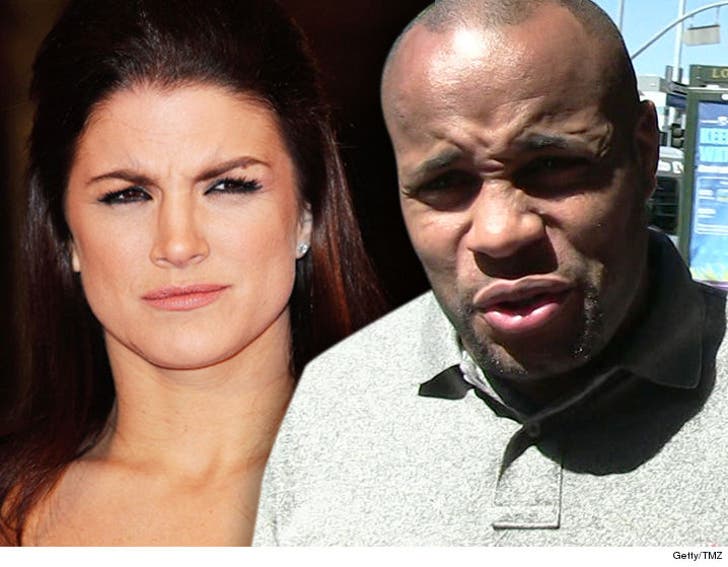 MMA legend Gina Carano is firing back at Daniel Cormier after D.C. went on TV and blasted her for giving career advice to Ronda Rousey ... saying the UFC star should be "ashamed."

It all started when Carano -- an MMA superstar who quit fighting to become a movie actress -- was asked about Ronda's career during an interview to Fight Hub TV.

"I think Ronda should do whatever she wants to do. She’s only 29,” Carano said ... "She’s an amazing athlete but she needs to express herself as an artist, too."

Cormier took exception and blasted Carano on FS1's "UFC Tonight" -- saying, "Gina Carano. Who are you to tell Ronda Rousey what to do?"

He continued, "If I’ve got to look back on your career and you choosing to act over fighting and continuing to fight, I don’t feel as though, guys -- and you can disagree if you want -- that the career has not been what it would have been if she stayed fighting."

He proceeded to take shots at Carano's role in the movie, "Haywire" -- where her voice was altered in post-production.

Now, Carano is lashing back at Cormier ... saying, "If you knew me and what I've been through to get to where I am. I genuinely think you'd be ashamed of your words. All the best."

By the way, Carano's career is nothing to scoff at -- she's had roles in "Deadpool," "Fast & Furious 6" and the upcoming 'Kickboxer' flick. 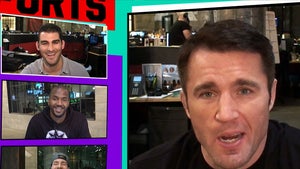