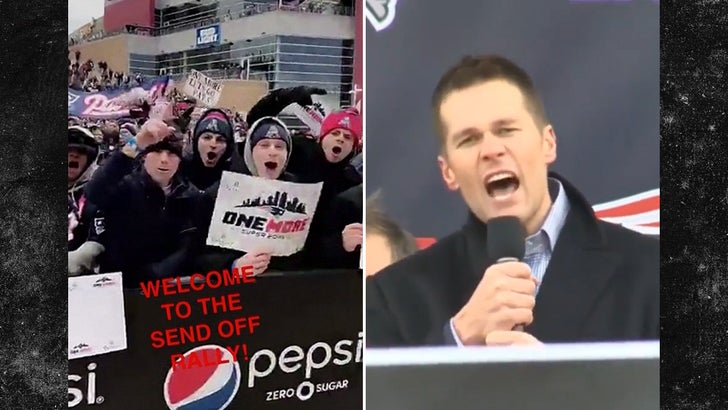 Attention, Patriots fans ... Tom Brady has given specific marching orders to ALL OF YOU to get ready for the big day.

The QB took the stage at a massive pep rally at Gillette Stadium in Foxborough on Monday and told fans how they should prepare for Sunday.

Thousands of people showed up to the event ... including the Greater Boston Firefighters Pipes and Drums group, which provided the tunes.

Meanwhile, over in Atlanta ... thousands of Falcons fans packed Atlantic Station to see the team buses off.

It was a crazy scene -- and it's clear both cities are FIRED UP!!!! 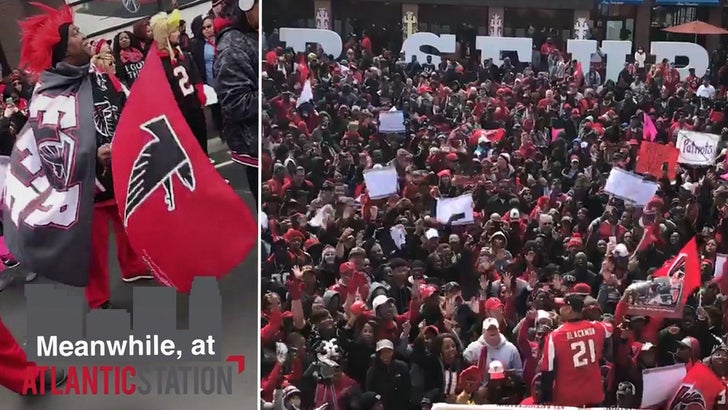 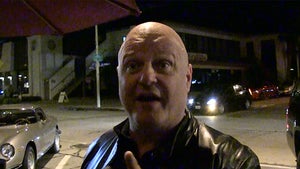 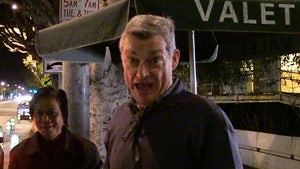