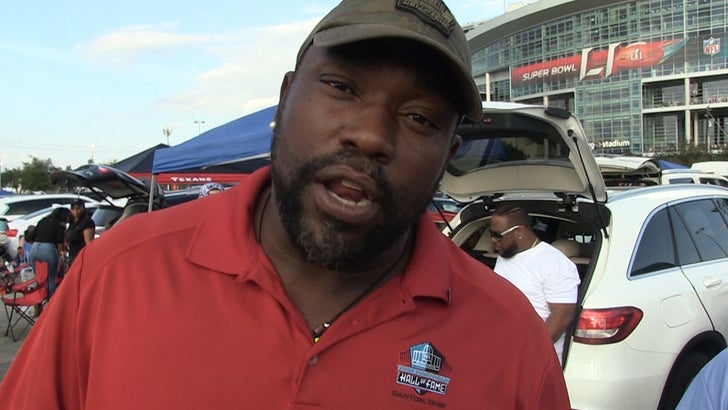 Warren Sapp is FURIOUS with Hall of Fame voters for snubbing Terrell Owens -- and says Randy Moss could be in serious trouble if candidates are being judged by off-the-field behavior.

Sapp -- a Hall of Famer himself -- says he's "up in arms" about the Owens situation because the guy is clearly one of the best WRs of all time ... along with Moss.

But with Owens not getting enough H.O.F. votes for the 2nd year in a row, Sapp clearly believes he's being wrongly punished for his off-the-field antics.

Sapp warns, "What do we do next year when Randy Moss is standing there?"

Of course, Moss also had major off-the-field issues during his NFL career -- including a 2002 arrest for allegedly striking a cop with his car (he later pled guilty to misdemeanor traffic violations).

He also failed an NFL drug test and was fined multiple times for abusing the refs -- including the infamous water bottle incident in 2000, when he squirted water at an official and was fined $40,000.

He also allegedly went on the radio in 2010 and blasted his head coach, Jeff Fisher, while using a fake name.

But Sapp says it shouldn't matter, they BOTH belong in Canton.

"Hey, wake up voters! I don't know what the hell football ya'll been watching for the last 2 years but there's two receivers other than Jerry Rice that must be in the Hall of Fame and that's Randy Moss and T.O." 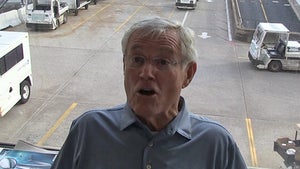 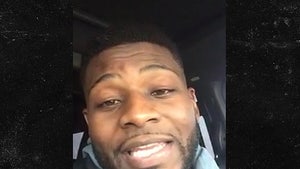