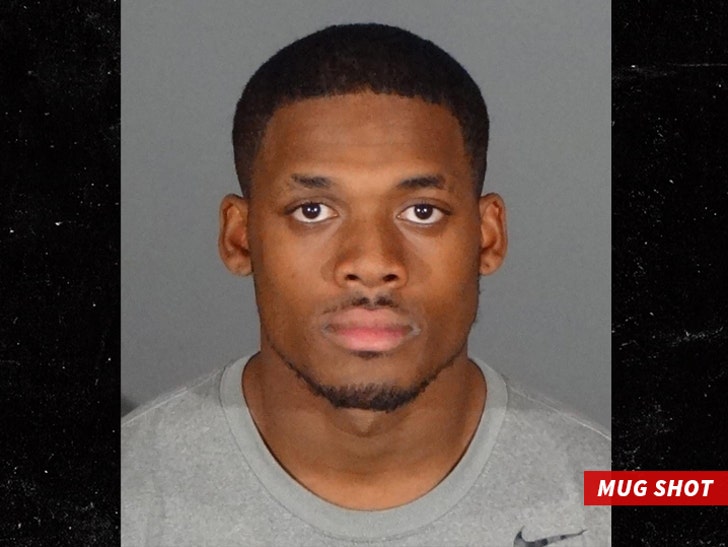 A college football running back -- who had insane potential on the field -- has been arrested for rape for a 2nd time after an alleged incident with a student trainer ... TMZ Sports has learned.

21-year-old Kishawn Holmes was arrested on Feb. 22 in Los Angeles and has been charged with 2 counts of rape. We're told the victim is a 19-year-old female who was performing an athletic massage on Holmes before things turned violent.

Holmes was the starting running back at Cerritos junior college and after rushing for more than 1,100 yards this season -- he was considered one of the best JuCo backs in the country.

Thing is ... it's not the first time Holmes has been accused of rape. Back in 2013 -- when he was a top high school prospect -- he was arrested for sexually assaulting 2 different underage girls.

Now, he's being held in jail on $2 MILLION bail.