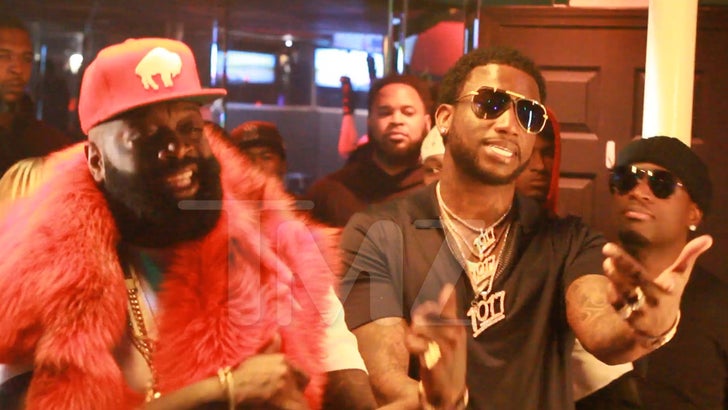 The night before his big court hearing for allegedly kidnapping his groundskeeper, Rick Ross was being held hostage by a lot of shaking ass at a strip club.

Ross was at Club Platinum in Atlanta Thursday with Gucci Mane shooting the video for "She On My Dick." While Gucci is featured on the track, DJ Khaled, Young Dolph and Gucci's protege, Ralo, were there too and make cameos.

We're told the shoot took about 5 hours and ended at 1 AM. We know hours later, Ross showed up to court Friday morning in Fayette County, GA to testify.

Ross didn't seem too worried throwing bills in the air the night before. Our source tells The Bawse also let the dancers keep the change. 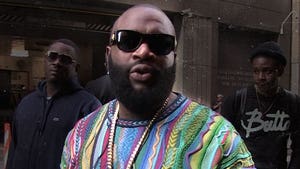