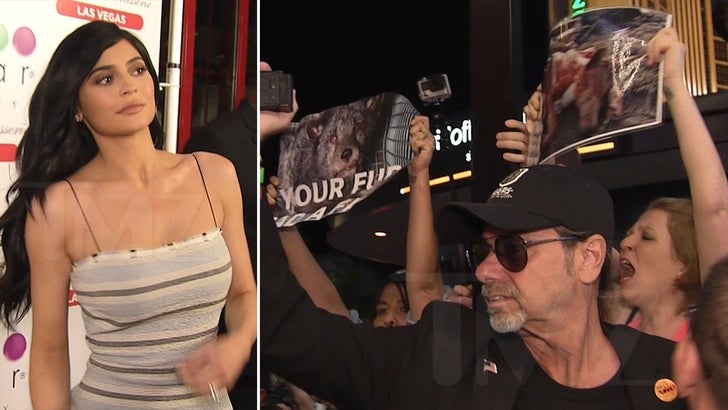 Kylie Jenner felt the heat from animal rights protesters, and got the hell out ... cutting short a photo op in Vegas amid chants that she has the blood of innocent animals on her hands.

Kylie was attending the grand opening of Sugar Factory Saturday night, where she paused for photos on the red carpet ... before being bum-rushed by the protesters.

Sounds like their specific beef is with Kylie wearing fur -- which she was not doing at the event, but has in the past. Protesters were loud, but never got physical with Kylie ... unlike those who nailed her sister, Kim, years ago.

Some of Kylie's furs have been advertised as fake in the past, but that clearly doesn't matter to the activists here. Faux or not ... they don't appreciate her flaunting fur. 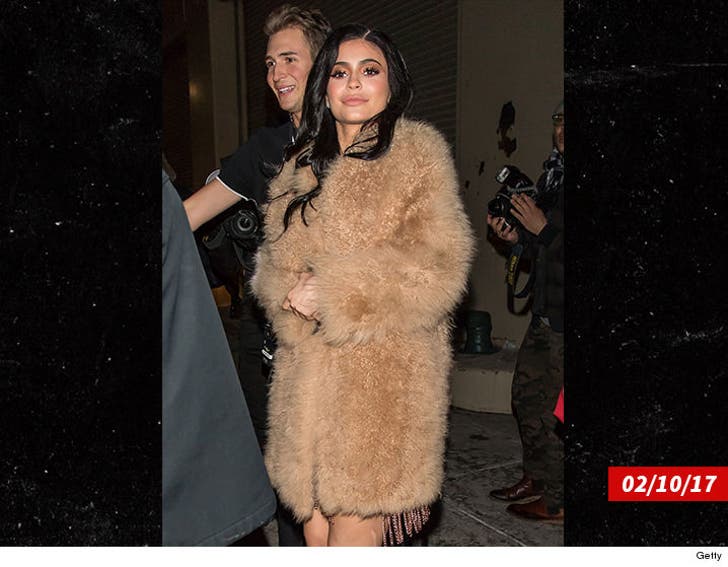 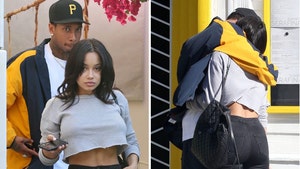 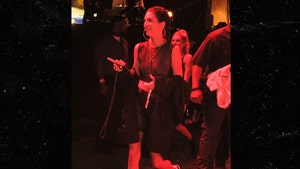