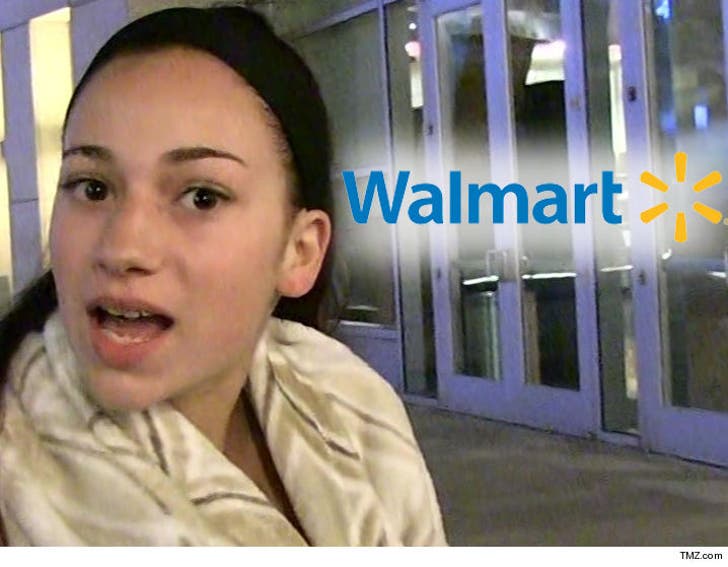 Danielle Bregoli is going after Walmart for ripping off her catchphrase, and plastering it all over its merchandise without paying her a cent.

The "Cash Me Outside" girl's legal team -- yes, she has one -- fired a letter off to the retail giant demanding it pull all 15 articles of clothing -- including tees, tank tops and hoodies -- from its online store in the next 5 days.

If Walmart fails to do so, Danielle's team says it can expect to catch a lawsuit.

Danielle's lawyers also want to know how much dough Walmart's already made off the apparel -- presumably to get a cut. They're serious about protecting her slogan ... which, believe it or not, just earned her an MTV Movie Award nom in the "Trending" category.

A Walmart rep says they haven't seen Danielle's letter yet, but it takes her claim seriously and will investigate. 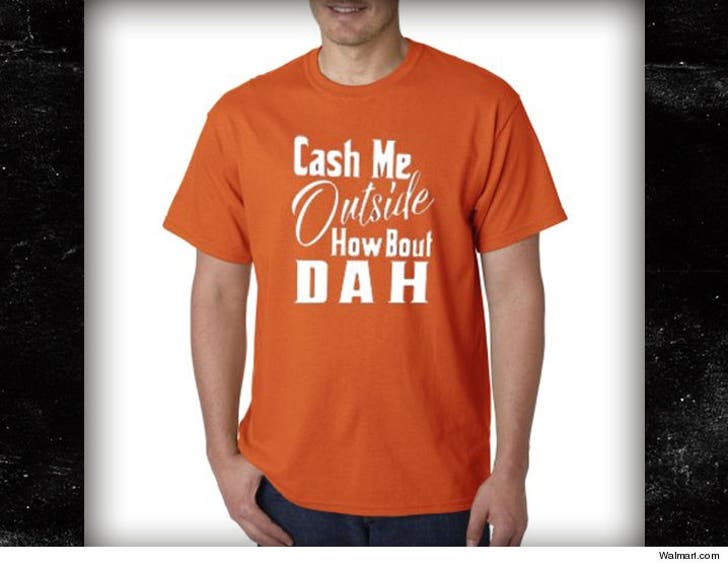 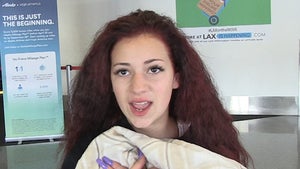 'Cash Me Outside' Girl Didn't Get Beat Up, Her Butt Proves It (VIDEOS) 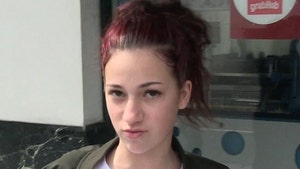 Cash Me Outside Girl Danielle Bregoli Busted for Weed