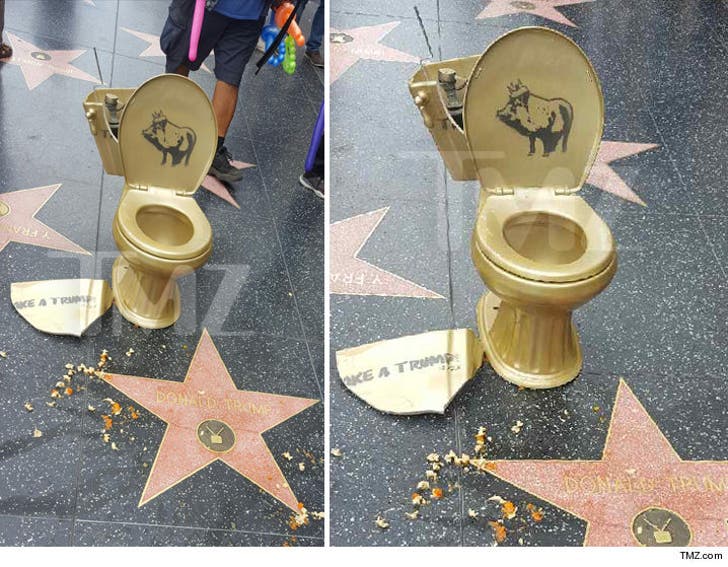 Donald Trump's star on the Hollywood Walk of Fame is now the gold standard for vandalism -- it got hit again ... this time with a toilet.

A golden toilet was placed right next to Trump's star at some point between Saturday and Sunday, which was filled with ... something wet and gross. It also looks like someone broke the toilet tank, which originally read "Take A Trump."

Law enforcement sources tell us no one has reported the vandalism, and they're not yet investigating the toilet prank. We've reached out to the Hollywood Chamber of Commerce as well, which oversees the stars' maintenance ... so far, no word back.

This is the latest attempt to deface Trump's star on Hollywood Blvd., and they don't seem to be slowing down anytime soon. Someone scribbled "F*** Trump" on his star just last month ... and, of course, James Otis took a pick ax to the thing in October.

It's clean up duty again for someone. 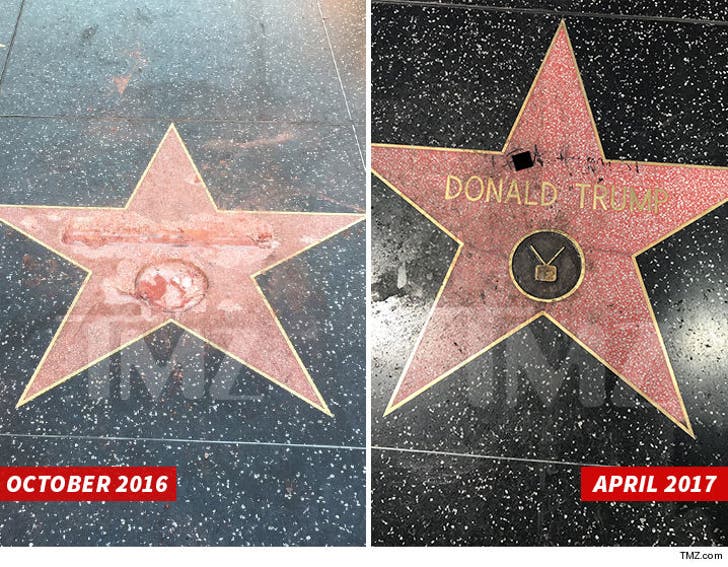 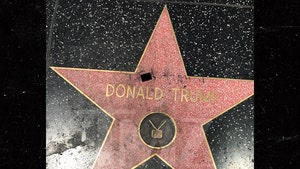 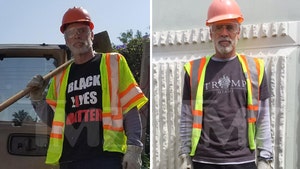