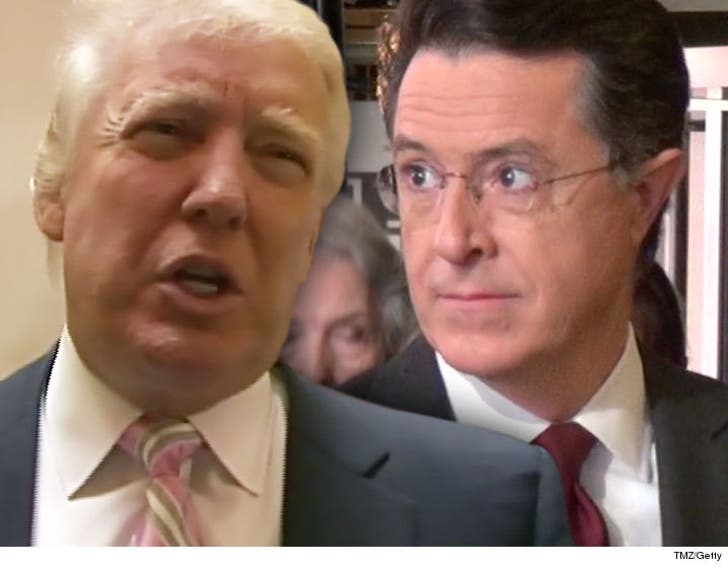 President Donald Trump finally clapped back ... tearing Stephen Colbert ﻿a new one after the comedian's controversial takedown of the prez.

Trump says Colbert is a "no-talent guy" who has "nothing funny" to say and what he DOES say is "filthy." It's the first time Trump's addressed Colbert's monologue from last week ... which he punctuated with ... "The only thing your mouth is good for is being Vladimir Putin's cock holster."

Trump told TIME magazine, "The guy was dying. By the way they were going to take him off television, then he started attacking me and he started doing better. But his show was dying."

Aaaand the ball's back in Colbert's court.