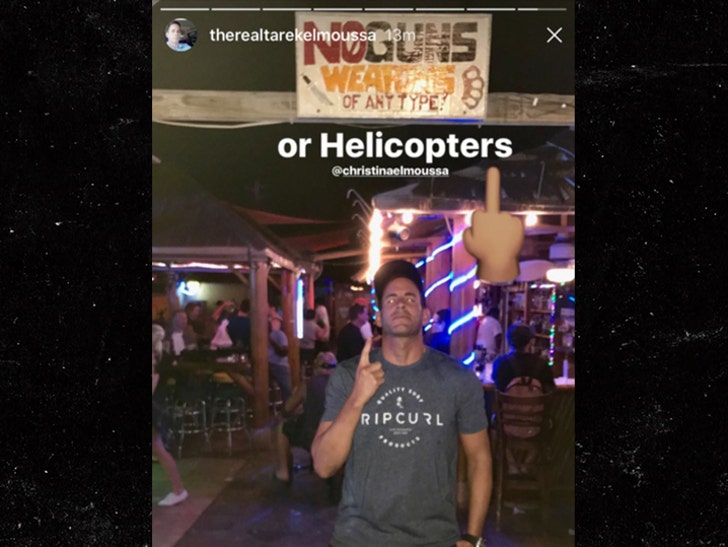 Tarek El Moussa's still not over his and Christina's explosive fight from a year ago ... giving her and the incident a giant middle finger.

The "Flip or Flop" star was at BJ's Cabana Bar Thursday night in Lake Havasu City, AZ and posed under a sign that read "No guns, weapons of any type." He added "or Helicopters," slapped on the finger emoji ... and tagged his estranged wife.

Tarek deleted the post within an hour, but it doesn't take a genius to connect the dots.

As we first reported ... Tarek and Christina separated following a scary incident one year ago. Orange County Sheriff's deputies responded -- with a helicopter -- when Tarek ran into the mountains with a gun after a blowout argument with Christina.

Christina responded with a post of her own Friday morning. We're told Christina thinks Tarek's been acting out lately because he's jealous of her success without him. Although they still shoot the show together ... Christina's doing more solo speaking engagements.

9:50 AM PST -- A source close to Tarek says the post was supposed to be a joke and he tagged her thinking she'd find it funny too ... the middle finger emoji was directed at the incident as a whole and not at Christina. 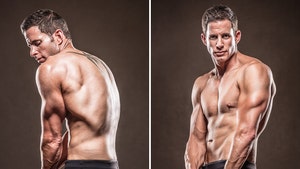