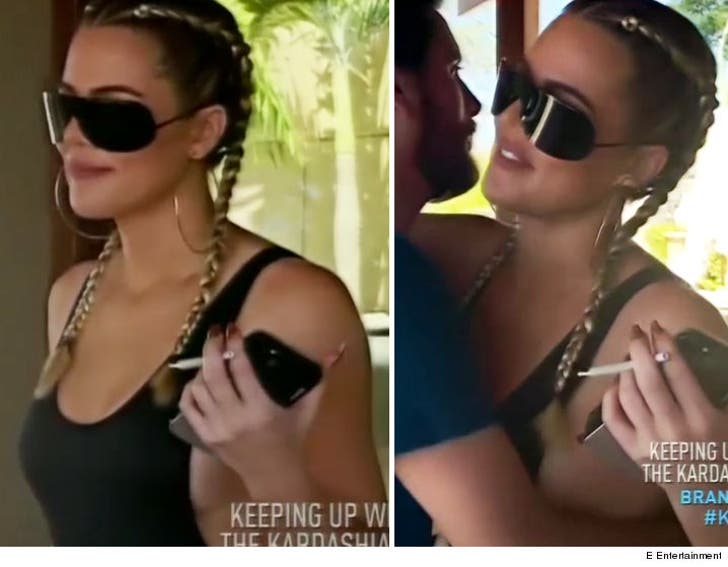 Khloe just tweeted about the J, sayin, "The funny thing is I don't smoke lol I don't mind if you do. To each their own. I was bringing it to someone else but it is what it is."

If Khloe Kardashian appeared to be smoking weed on Sunday night's episode of "Keeping Up with the Kardashians" ... it's only because she was ... TMZ has learned.

Sources close to production tell us ... yes, that was a joint in her hand as she hugged Scott Disick. We're told producers didn't mind Khloe shooting scenes with it because it was natural -- she was having a good time with the fam in Costa Rica, and sometimes ganja happens.

For the record ... cannabis is decriminalized for personal use in CR.

Translation: Smoke 'em if ya got 'em. And Khloe definitely had 'em. Pura Vida!