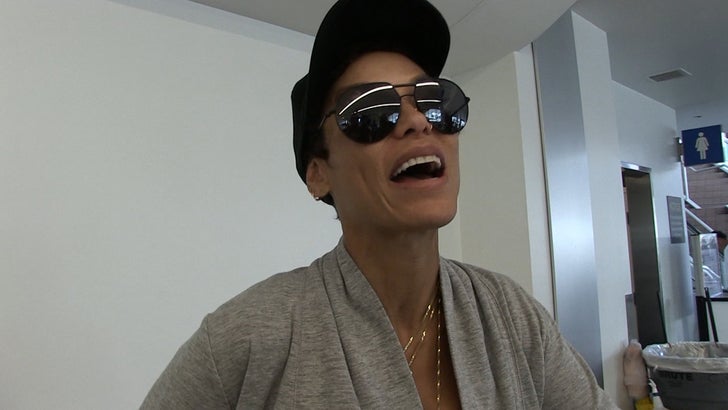 Nicole Murphy got a big laugh at Kathy Griffin's pic holding a bloody, beheaded image of President Trump ... and she even thinks he was asking for it.

We got Nicole at LAX Tuesday and she was quick to say Trump "set the bar" for Griffin's photo shoot with Tyler Shields.

As you know, Griffin has since apologized, saying she crossed the line, and Trump has blasted her ... saying 11-year-old Barron was traumatized by the pic.

So far, Tyler has been mum.

8:30 AM PT -- Later in the day, after we saw Nicole, she saw Kathy's video apology. She tells us, "I know she's a comedian and I always like Kathy, but the pic is a little too graphic ... and I apologize for saying it was kind of funny. Because it really isn't."