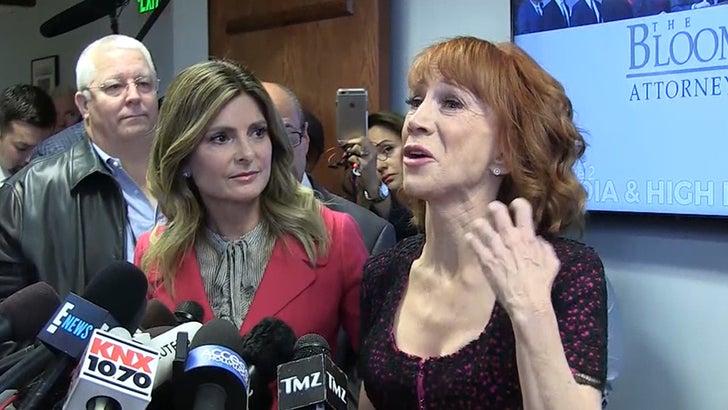 Kathy, who sobbed at one point saying of the President, "He broke me," says she's dealt with "white guys trying to hold her down before," pretty clearly saying Trump is doing that to her now. Griffin says her apology stands, and she wishes she had used a blow-up doll with less ketchup instead.

Kathy says she's gotten death threats and people are trying to ruin her life. She broke down in tears when we asked if she thought her friend, Anderson Cooper, calling the photo "disgusting" was his word or CNN's.

She says Trump's outrage is just a distraction ... an attempt to get America off the FBI investigation. 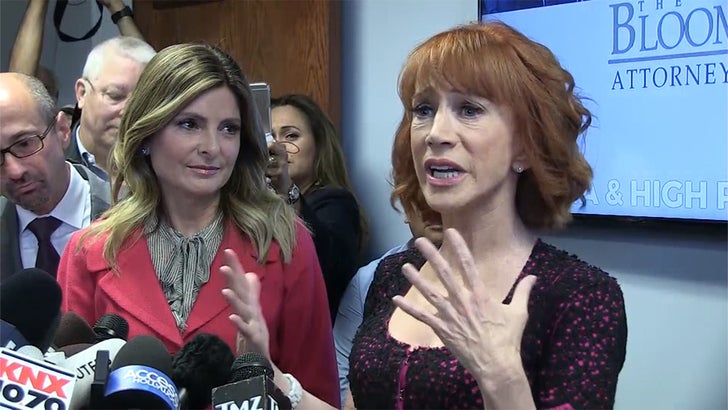 Kathy's lawyer, Lisa Bloom, went on the attack against the President, Melania and Donald Jr. saying they bullied her, adding they are responsible for Kathy losing jobs, including her CNN gig.

Bloom says the President's family is trying to "ruin" Kathy. But she went further ... claiming the criticism is misogyny ... that male artists like Marilyn Manson went way further and escaped the wrath of the public. Kathy echoed the sentiment, saying this wouldn't have happened "to a white guy."

It sure sounds like Bloom is taking back her client's apology, when she said the photo shoot went too far. But Kathy maintains her apology stands.

Bloom says the Secret Service has even contacted Kathy. TMZ broke the story it's protocol for the Agency to investigate even if it's obvious the "threat" is not a danger.

Bloom was on the ropes when a reporter quoted part of Griffin's live act -- from long ago -- saying she would go after Barron as well as the President. Bloom said the Tyler Shields photo was never intended to harm Trump's son. She also said it's ultimately a parent's responsibility to monitor what their kid watches.

After TMZ first posted the photo, President Trump said "Kathy Griffin should be ashamed of herself. My children, especially my 11 year old son, Barron, are having a hard time with this. Sick."

Melania said, "As a mother, a wife, and a human being, that photo is very disturbing," adding it "makes you wonder about the mental health of the person who did it." 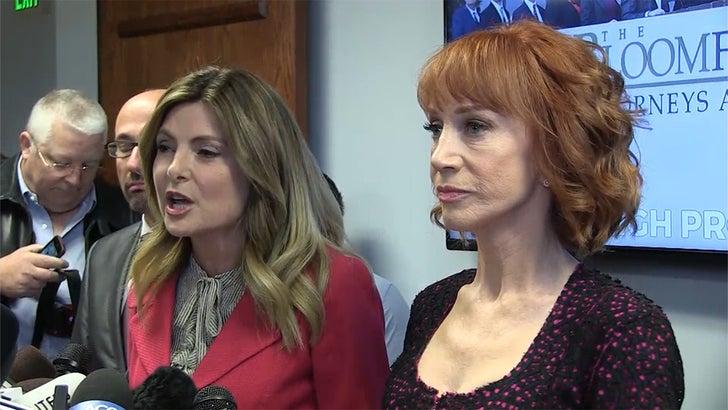 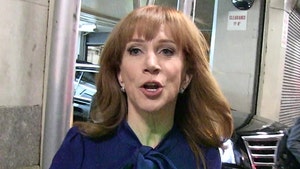