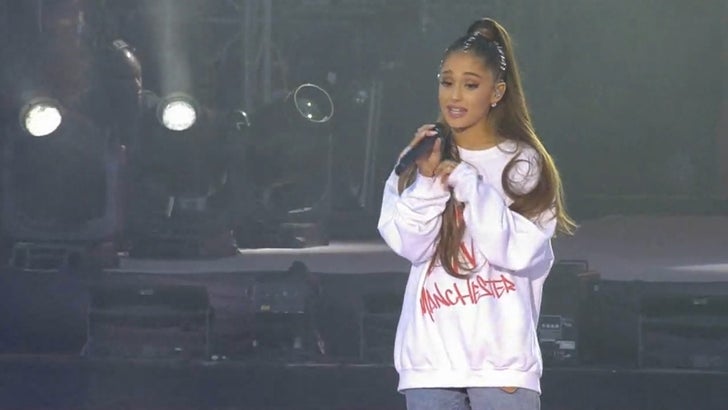 Ariana Grande just revealed that she changed her set list last minute after speaking with the mother of one of the victims from the Manchester Arena terror attack.

Ariana took an extended moment Sunday to address the crowd at the Old Trafford Cricket Ground, saying she had spoken with 15-year-old Olivia Campbell's mother this weekend, who told her her daughter would've wanted to hear Ariana's hits at the One Love Manchester benefit concert ... if she was alive.

Olivia was one of the 22 victims who died 2 weeks ago at the hands of terrorists.

Ariana said she decided to change her entire set list based on Olivia's wishes. That's why we're hearing her bigger pop songs as opposed to more solemn tunes.

One other surprise from Sunday's show ... Ariana's boyfriend and rapper Mac Miller showed up unannounced to perform alongside his GF. 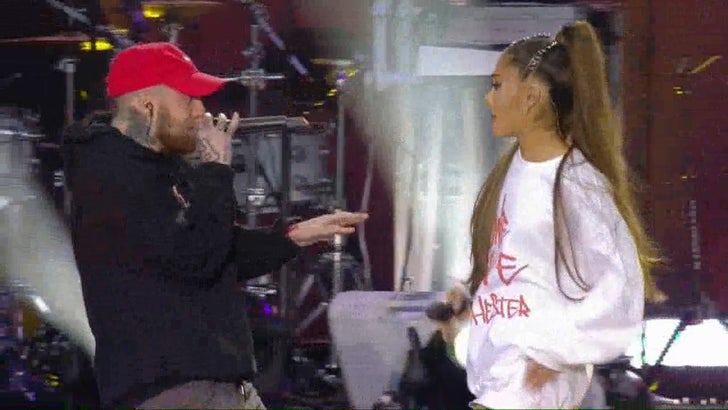 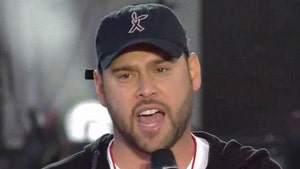 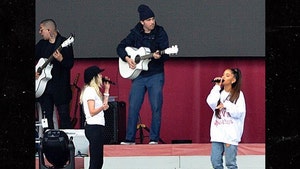