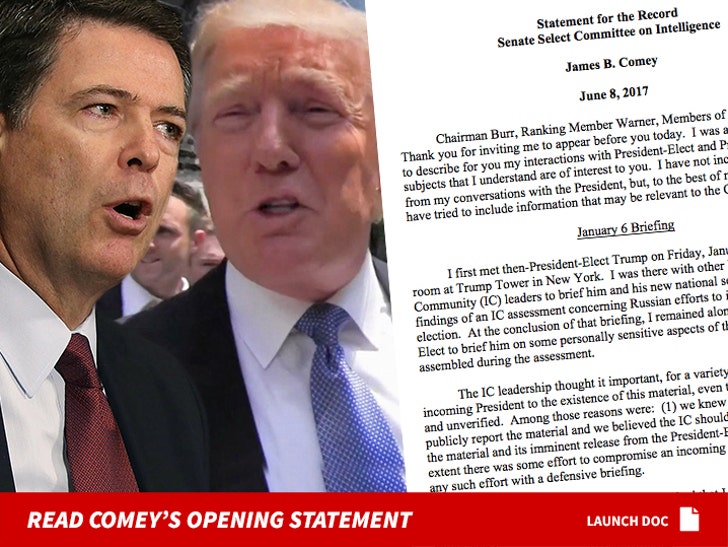 James Comey has released what he'll say to Congress Thursday about convos he claims he had with President Trump ... and it's filled with bombshell allegations.

Comey's opening statement details conversations he says he had with Trump after being elected, and he claims the President asked him how they could "lift the cloud" on the Russia investigation.

He also insists Trump leaned on him to drop the investigation into General Mike Flynn. Comey claims Trump said ... "I hope you can see your way clear to letting this go, to letting Flynn go. He is a good guy. I hope you can let this go." Comey notes he did not tell Trump he would let it go.

In the statement, Comey says Trump asked him to pledge his loyalty during a dinner in January. Comey claims he told Trump he could count on his honesty.

Comey also says he felt the need to start documenting his convos with Trump -- something he says he felt he never had to do under Barack Obama. 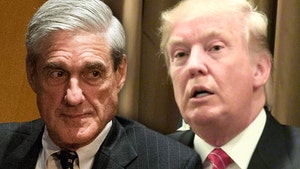