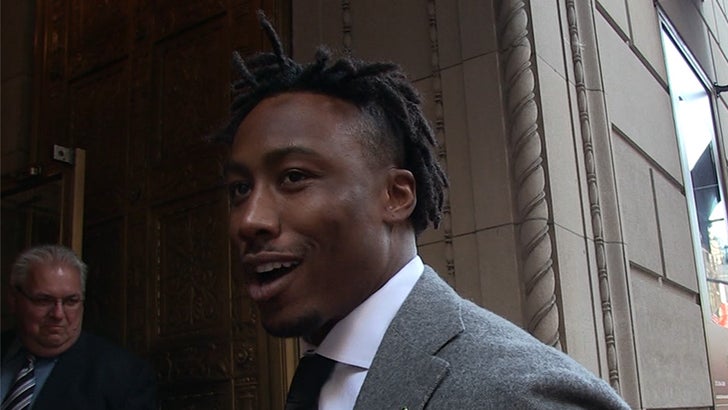 Brandon Marshall isn't blind -- he sees what's going on with the NY Jets and has a pretty simple question ... "Will they have enough people to line up?!"

The NY Giants WR was out in NYC Wednesday (being honored by the Mental Health Association of NY) where we asked him straight-up is he's glad he got out of Gang Green in the wake of the axing of Eric Decker, David Harris and others.

"I'm happy where I'm at now," Marshall told us. He also sent a message to Jets fans.

"I think eventually, they'll be alright. But I don't know if they're gonna have enough men to line up!"

We also talked to Marshall about fellow G-Men wide out Odell Beckham Jr. -- who's been getting heat for missing OTAs.

"I have spoken to him, and I guess my message to him is just keep being awesome. Keep rockin' out."

Marshall continued, "He's the biggest superstar our game has ever seen in the history of football."

"I'm happy to be his teammate lined up on the other side. Go double coverage him. Send all the coverage to him and I'll be backside, me and (Sterling Shepard) 1-on-1, and we'll be happy." 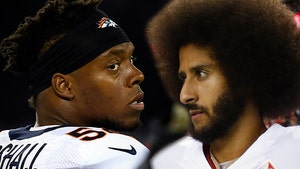 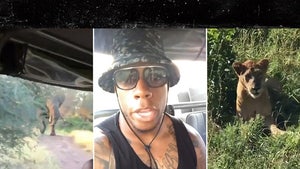