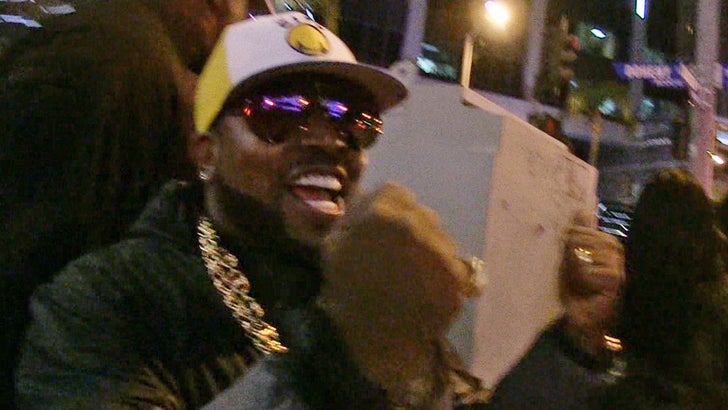 Here's somebody MORE happy than Kevin Durant's mom about the Warriors' NBA championship ... Big Boi, who says he won $100k betting on the Dubs.

We got the Outkast rap legend out at Bootsy Bellows in L.A. Tuesday night (sans Andre 3000, never see those guys together anymore) and wanted to know why he was rocking a Golden State lid.

FYI -- Big Boi is from Atlanta ... which is not anywhere near Oakland.

That's when Sir Lucious Left Foot broke it down for us ... saying he won big on the Finals ... like six figures big ... telling our guy the Warriors victory made him $100k!!

We only have one question ... WHO BET $100k AGAINST THE SUPERTEAM?!! And what's their contact info? We got bills.