Hip hop mogul Master P says there ain't nothing wrong with LaVar Ball's hustle ... telling TMZ Sports he respects the man's game so much he's gonna buy a pair of those $500 ZO2s to support the cause.

P sat down with us and talked about what it's like to be the father of a basketball phenom -- his son, Hercy, is one of the best 8th graders in America -- and wanted his thoughts on LaVar's parenting.

Obviously, LaVar's gotten his fair share of controversy, but P's not on board with that, saying that he believes LaVar has a clear vision for his family, and is willing to support it with his substantial wallet.

Are you listening, LaVar? A No Limit edition shoe might be on the horizon. 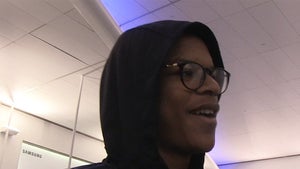 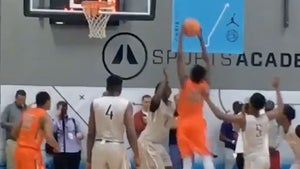