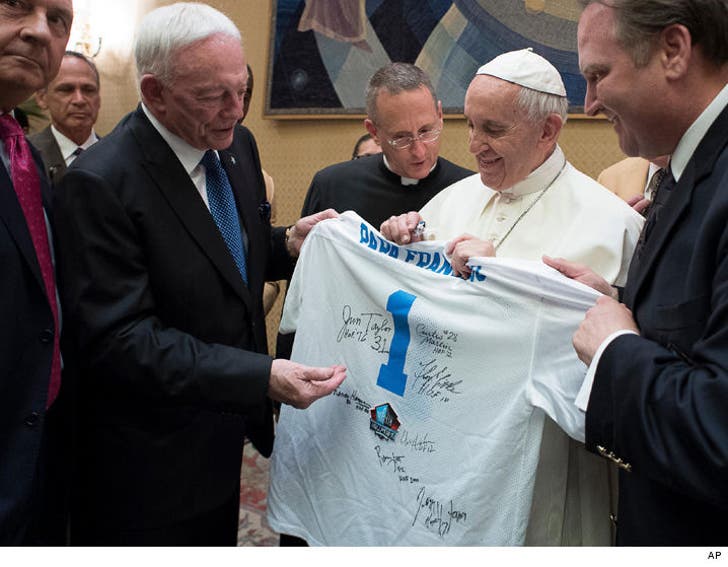 The guy with more money than God just met the guy with a direct line to him.

Dallas Cowboys owner Jerry Jones just had a face to face with Pope Francis at the Vatican ... and even gifted his holiness with a customized "Papa Francesco" football jersey.

The jersey was signed by Jones and other NFL greats including Curtis Martin and Jim Taylor. 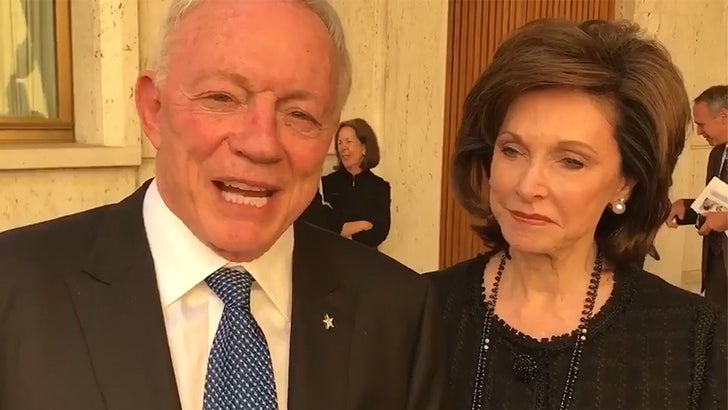 No word on what the two talked about. Guessing Jerry negotiated some blessings for his QB, his RB and his WR. 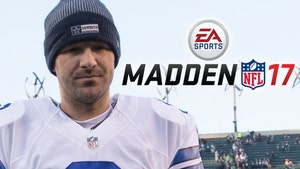 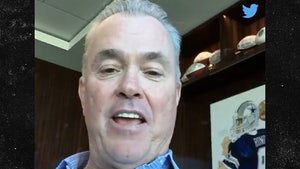