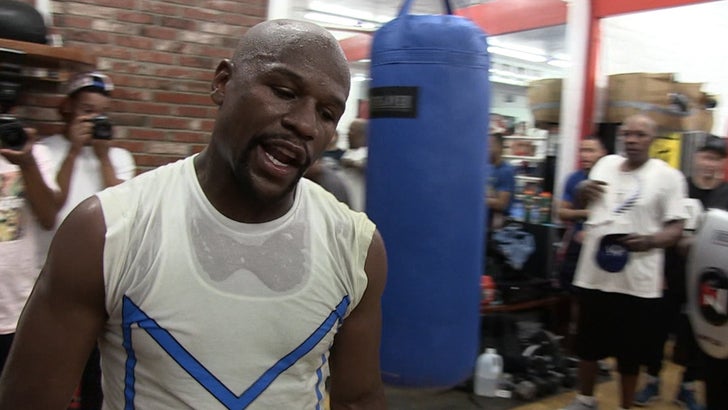 Floyd Mayweather spent 4 hours in an L.A. gym training for Conor McGregor -- repeating a mantra to himself during the workout, "You name him. I beat him."

The Best Ever hit up Ten Goose Boxing Gym in Van Nuys with the TMT crew and NBA star, DeMar DeRozan -- and busted his ass in preparation for the August 26 fight.

Mayweather was talking to himself during the session saying, "I be trying to tell ya'll ... I can get a black eye, a bloody nose. I can have a bad day in the gym. At the end of the day, I don't have a bad payday and I don't have a bad night under the lights."

Floyd's famous for his grueling workouts -- and this one was no exception. 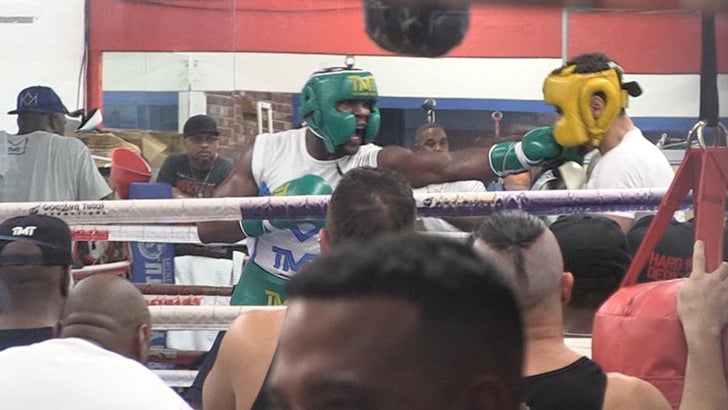 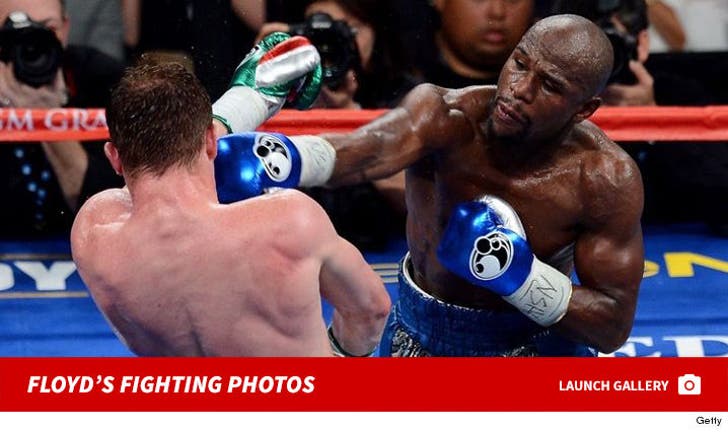 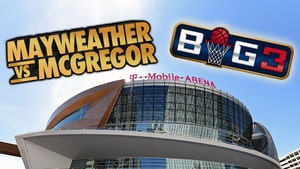 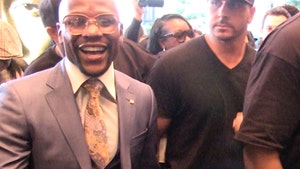